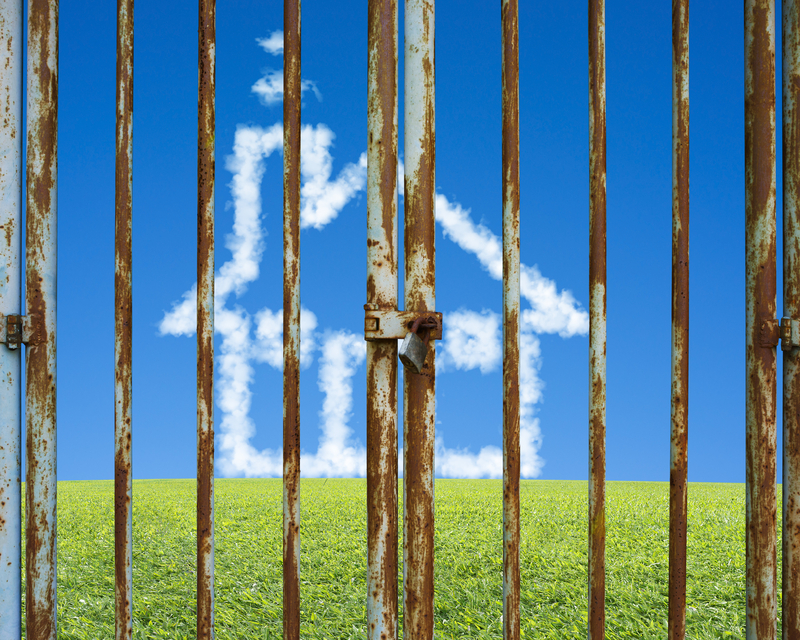 They say necessity is the mother of invention. When we are most in need as humans, is when we tend to become most resilient, determined and innovative.

Right now, entire generations are facing what’s been dubbed the most significant housing affordability crisis in our nation’s history. Never before has so much personal capital been spent on the family home.

The housing price to income ratio has been rising since 1990 according to data from the Australian Bureau of Statistics. Where once house prices were 2.5 times the average annual household disposable income, it’s now between 4.5 and 5.5 in our capital cities.

So as you would hope from our (allegedly) evolving species, it’s not surprising that we’re seeing a number of groundbreaking initiatives emerging to skirt around the young person’s first home affordability barrier.

A new world of opportunities is presenting to combat those pesky financial considerations. If you find yourself struggling to get your foot in the proverbial (and literal) property door, maybe you could consider one of these creative solutions…

Humans are a peculiar bunch. Arguably the one thing that’s kept our species alive for thousands of years is our capacity to collaborate.

Most historical evidence suggests that until relatively recent times, we lived in tribes or communities. Knowing instinctively that our survival depended on the survival of others, we worked together.

Now though, in a world entrenched in capitalist ideals and driven by consumerism, it’s largely become a case of every man and woman for him or herself. We all want our own one of everything. And a place to call home is no exception.

But what happens when you can’t do it alone? Well, you can think about a co-ownership arrangement and reclaim your village within a different version of collaborative home ownership. This could involve co-investing with a sibling or friend for instance.

The key is finding one or more compatible partners, which can be trickier than it first seems. You need to ensure you have a similar risk profile and be able to determine how the partnership will function. Who will be making decisions? What will co-ownership look like?

What exit strategies will you have in place if someone needs or wants to sell his or her share and can everyone afford the commitment?

CommBank analysis shows that the number of home loan applications with two or more applicants is growing, up from 64 per cent in 2014 to 67 per cent this year.

No, I’m not suggesting if you simply trust in the process and visualise hard enough that you’ll manifest a home! What I’m talking about are property trusts, which give you an indirect route into real estate ownership.

Things like Australian Real Estate Investment Trusts are listed on the ASX, or you can look at an unlisted trust. Importantly, if you decide this might be an option you wish to explore, you need to know how the trust is managed and by whom.

New players are quickly coming onto the real estate scene with opportunities to invest in property for as little as $100. Fintech owned BRICKX, divides individual dwellings into 10,000 ‘bricks’, which are essentially units in a Trust.

Operating as a publicly listed retail managed investment scheme, BRICKX allows you to break into lucrative, out of reach markets for a fraction of the price…literally. The company recently gave punters the chance to become part owner in a Bondi Beach apartment for just $96.

Okay, so it’s probably not really nepotism when you’re breaking you’re offspring into the housing market rather than Hollywood, but parents are increasingly opting to give their sons and daughters a gentle shove out of the family nest, with financial assistance in the form of a full or partial housing deposit.

Others who may not have such generous amounts to gift might consider going guarantor and using their own property as additional security for their child to access a home loan.

If this is a road you decide to take, just remember to make everything official and everyone accountable to the arrangement. Contracts between parents and children certainly shouldn’t involve any grey areas.

Relatively new to the Australian homebuyer, staircasing allows for the gradual purchase of a property, where you buy an initial stake and then contribute more as finances allow.

Such a scheme has been run by the British government for some time, allowing homeowners to pay off as much as they can afford and increasing their home ownership interest as funds permit.

We wrote a comprehensive article on this developing trend a while back. It potentially means the best of both worlds, as you rent in your preferred location (that you couldn’t afford to buy in) and then invest in property elsewhere. In effect, becoming both landlord and tenant.

Okay, so maybe you wouldn’t call them ‘friends’ as such. But we’re hearing an increasing number of anecdotal stories around buyer’s agents assisting consortiums of property investors to pool their resources and acquire housing in need of cosmetic renovations to buy and then sell on project completion.

Generally these purchases involve entire blocks of worn out looking inner city apartments or units, giving investors even more ‘bang for buck’. The only downside is the possible lack of buyer (and pot of gold) at the end of this particular rainbow.

Tackling this type of venture with a proven buyer’s agent, who has built his or her own successful property portfolio from the ground up, can reduce your risk. As always though, you need to make sure you’ve done your due diligence before committing to anything.