Are Interest Rates Still Enough To Keep The Economy Moving?

Unlike many of our developed counterparts, Australia has managed to keep itself afloat without interest rates dive-bombing into zero or negative territory.

In fact our central bank is one of the few fortunate monetary policymakers throughout the world, which still boasts some breathing room to stimulate the economy further if (or when?) required.

For the majority…well, it’s tough to go much further down when you’re already putting a minus sign in front of the number.

But many economic boffins and pollies are now claiming, including Treasure Scott Morrison, that when it comes to keeping the capital flowing across our wide brown land, interest rates no longer cut it (pardon the obvious pun).

Doth the RBA protest too much?

Citing an internally produced research paper by economists Gianni La Cava, Helen Hughson and Greg Kaplan, the Reserve Bank argues that the numbers demonstrate the power of a rate reduction in boosting spending across other sectors.

Findings from “The household cashflow channel of monetary policy” suggest that a 1 per cent rate cut results in a 0.1 to 0.2 per cent increase in household spending, or a dollar amount of $2.3 to $4.6 billion.

Are Aussie battlers better for our economy?

The Reserve Bank admits however, not everyone runs out and starts throwing extra money around when interest rate reductions are passed on through lower monthly mortgage commitments.

In fact it’s those who can perhaps afford to spend less, the ones the research paper classifies as “hand-to-mouth-households”, who will be more inclined to buy what are known as ‘durables’, like fridges and cars.

These tend to be newer borrowers who’ll seize a windfall opportunity to buy the white goods they’ve been waiting to upgrade, for instance.

The RBA says these people spend an average of 16 cents per each extra $1 in their pocket, resulting from an interest rate cut. Interestingly, 70 cents is put back into the mortgage and another 14 cents is saved.

What about bubble trouble?

Of course the major conundrum the RBA faces if they’re backed into further rate reductions over the next 12 months, is potential bubble trouble for Australia’s property markets.

Governor Philip Lowe says this is the reason for the Reserve’s recalcitrance to consider further rate reductions. Not because it might do little for the economy, but because it could conceivably encourage further speculation in the housing sector.

This is a relevant concern when you consider that, despite regulatory intervention designed to reduce investor based borrowing and activity, housing demand has remained strong in more popular investment hotspots particularly.

The problem is that the numbers make real estate hard to resist. According to CoreLogic data, our 5 largest capital cities enjoyed double-digit price growth and an average combined annual gross return of 14.7 per cent across the 2016 calendar year. Not to mention the significantly higher returns enjoyed across Sydney (19.2%) and Melbourne (17.1%).

Compare these figures with your balanced super fund at an average return of around 7.2 per cent and, well… 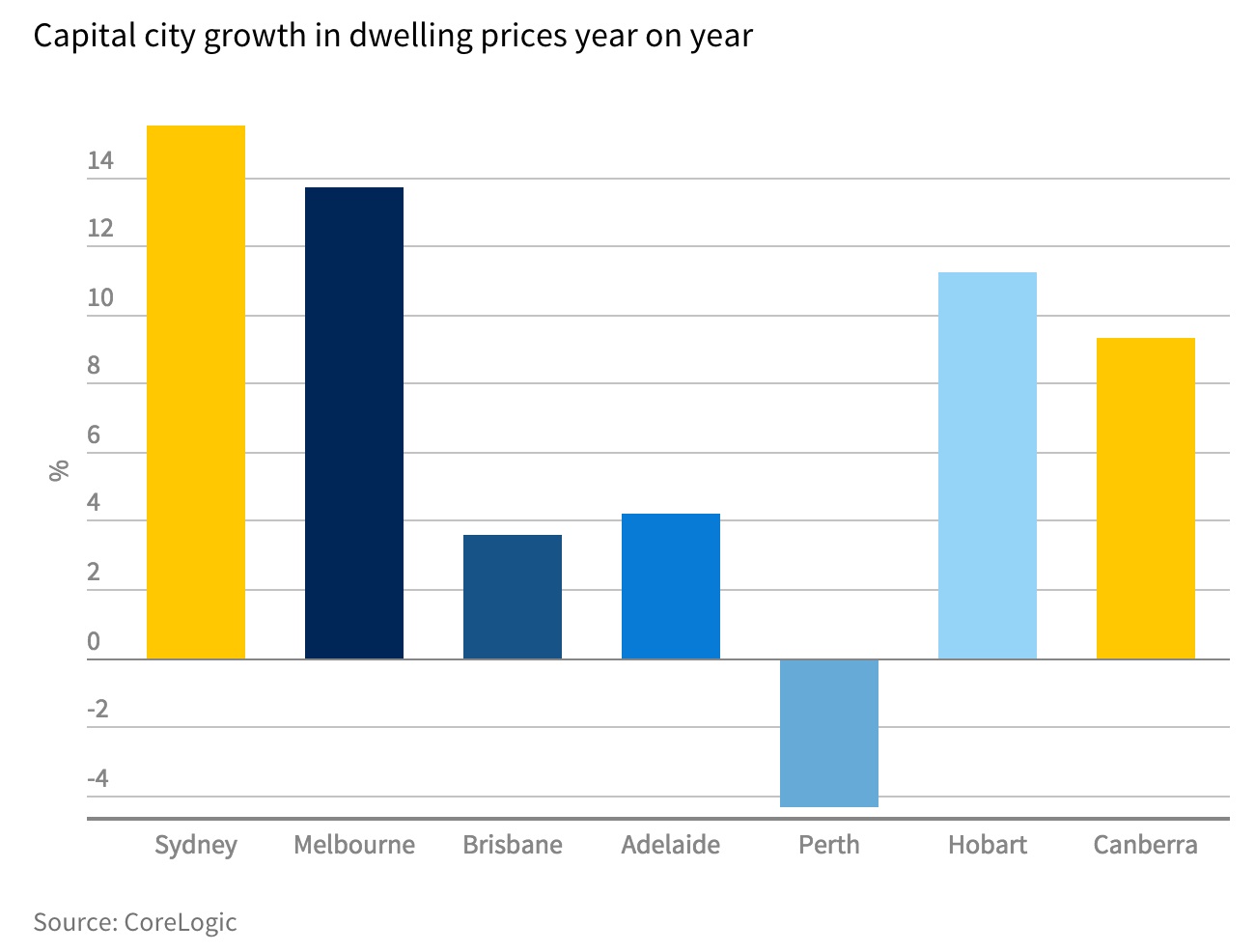 Where does the speculation lead?

Most analysts are suggesting that due to the very slow contraction of housing market activity, chances of another rate cut from the RBA at this point are slim. But it’s not necessarily the central bank we should all be watching.

Millions of Aussies could be hit with rate hikes this year, after the banks recently repriced over $500 billion worth of loans.

Research from Canstar reveals some borrowers will face hundreds of dollars in extra costs, as lenders increase variable rates on products for investors as well as owner occupiers.

Of course this has the reverse effect of stimulating our economy, reducing disposable income further in the wake of rising fuel, electricity and gas consumption costs and health insurance premiums.

There are so many variables weighing on global economies at this point, it’s difficult to know where 2017 will lead. All we can do is hang on tight to what works for us as investors while we continue riding the rollercoaster of history making change.