Can Anything Dissuade The Desire For Our New Housing From Chinese Investors? 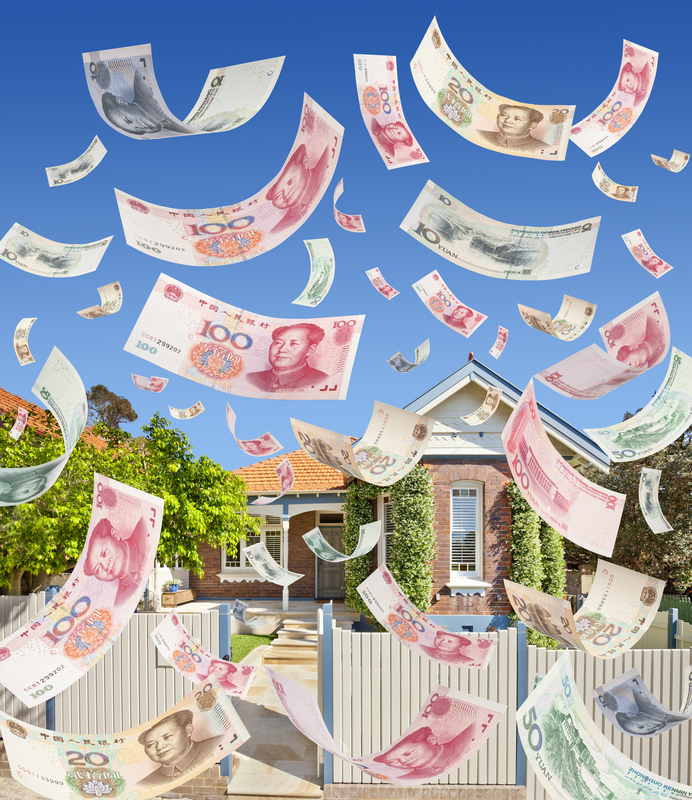 Regulators on both sides of the water have attempted to deter the constant trickle of money making its way from China into the hands of Australian property developers, with red tape, tax hikes and borrowing barriers. But nothing seems to be slowing the overseas investor juggernaut.

This is of course good news for local investors who rely on continued demand to underpin residential real estate values and grow their portfolios. Not so much for government authorities and those attempting to overcome the increasingly problematic affordability barriers, however.

Despite most states imposing a proportionate sales tax on overseas investors, and the Chinese government introducing strict capital controls on local credit used to acquire non-local assets, Chinese interest in our housing market continues to expand. So much so in fact, that Credit Suisse researchers suggests Australia can implement higher taxes on foreign buyers without curbing their enthusiasm whatsoever.

“Our tax receipt data helps measure how effective these (Chinese) control have been – and it seems they haven’t been,” reports Credit Suisse strategist Hasan Tevfik. “Chinese demand for Aussie property continues at a strong rate despite the government’s efforts.”

Please sir, I want more
With exponential growth in the Chinese economy set to continue, and its burgeoning national wealth being distributed broadly among its many citizens, most industry analysts agree that China will be a sustained source of local investment based growth for some time to come. 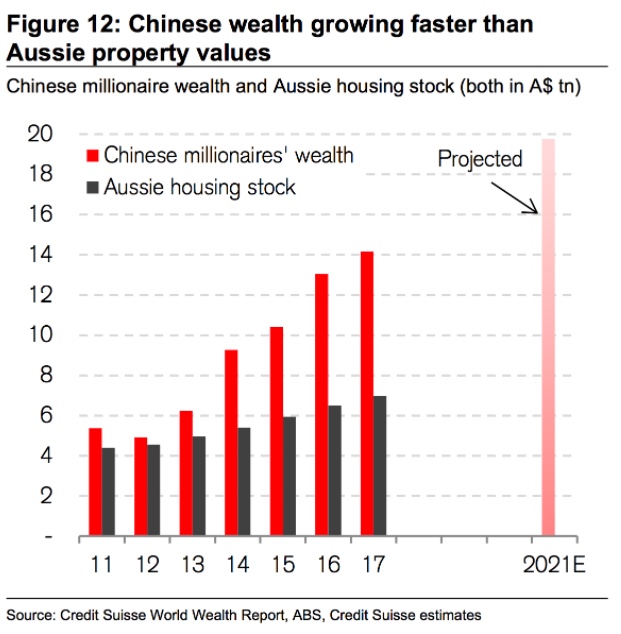 “We agree property in our major cities is expensive, but we also understand much of the housing market is supported by foreign buying,” says Tevfik. “Chinese wealth creation suggests we should expect more.”

More?!…(A little musical reference there for those playing along at home.)

Some experts suggest however, that if pushed too hard on taxes and other financial ‘penalty’ type restrictions, Chinese interest will invariably start to make its way to other, less heavily taxed housing markets in the world.

“Australia runs the risk of overdoing taxes and killing the goose that lays the golden eggs. We don’t think it passes the common-sense test to make it more difficult for foreign buyers to give their money to Australia. Foreign investment has provided huge benefits in terms of construction employment, new housing supply, and moderated price gains.”

So how much is too much?
It’s tricky to say what level of taxation is required to put a notable dampener on China’s love affair with Australian residential real estate. Right now, we’re still looking relatively reasonable in terms of our foreign buyer taxes, when compared to other countries.

Hong Kong’s foreign buyer tax is now the equivalent of 37 per cent for the purchase price for property, while Vancouver introduced a 15 per cent sales tax last year.

“NSW has doubled taxes on foreign buyers as of July 1 to 8 per cent of the purchase price. This is in addition to a 1 per cent federal fee in international buyers and then stamp duty of around 4 per cent for a property costing $1 million,” says Tevfik. “The foreign buyer is underwater 13 per cent before taking possession of her asset.”

According to Tevfik, it’s unlikely the most recent tax hike will be enough to dissuade future Chinese investors from snapping up a piece of the Harbour City for themselves however.

Again, great news for those who want to see housing values continue to grow, but somewhat alarming for potential first time buyers who are being pushed further afield from our major cities, in the search for affordable dwellings.

The degree of influence that international buyers (predominantly the Chinese) are having on our markets becomes apparent when you consider where most of their money is going. Data from the NSW Office of State Revenue and Credit Suisse indicates that foreign purchasers are snapping up a quarter of all new homes constructed in NSW, with a whopping 87 per cent of those overseas buyers originating from China. 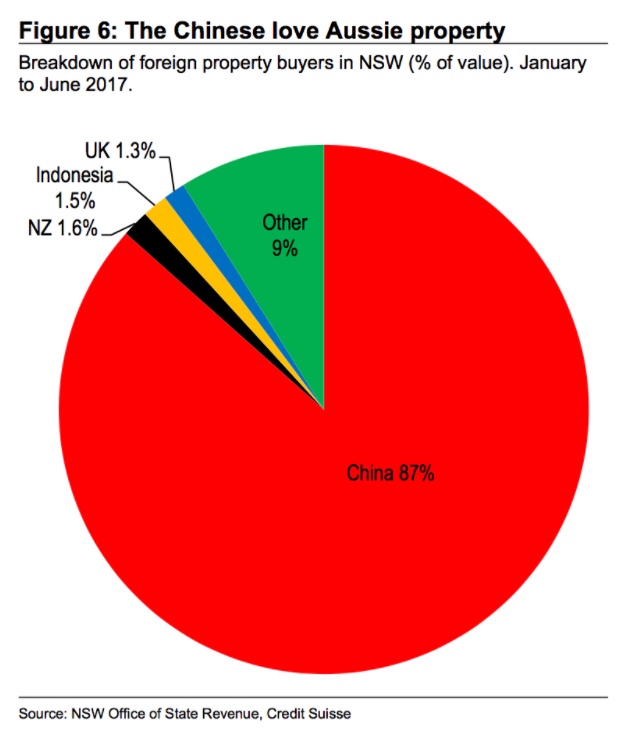 Meanwhile, 17 per cent of all new home sales were attributed to overseas investors in Victoria and 8 per cent in Queensland. All states that are, coincidentally, continuing to enjoy a winning streak with regard to strong performing housing values.

The good news, according to Credit Suisse, is this strong foreign buyer demand will help to shield our major cities from any type of market collapse into the future, despite consistently rising property prices.

“We agree property in our major cities is expensive,” reasons Tevfik, “But we also understand much of the housing market is supported by foreign buying. Chinese wealth creation suggests we should expect more.”