Can You Really Achieve Financial Freedom By Adjusting Your Mindset? 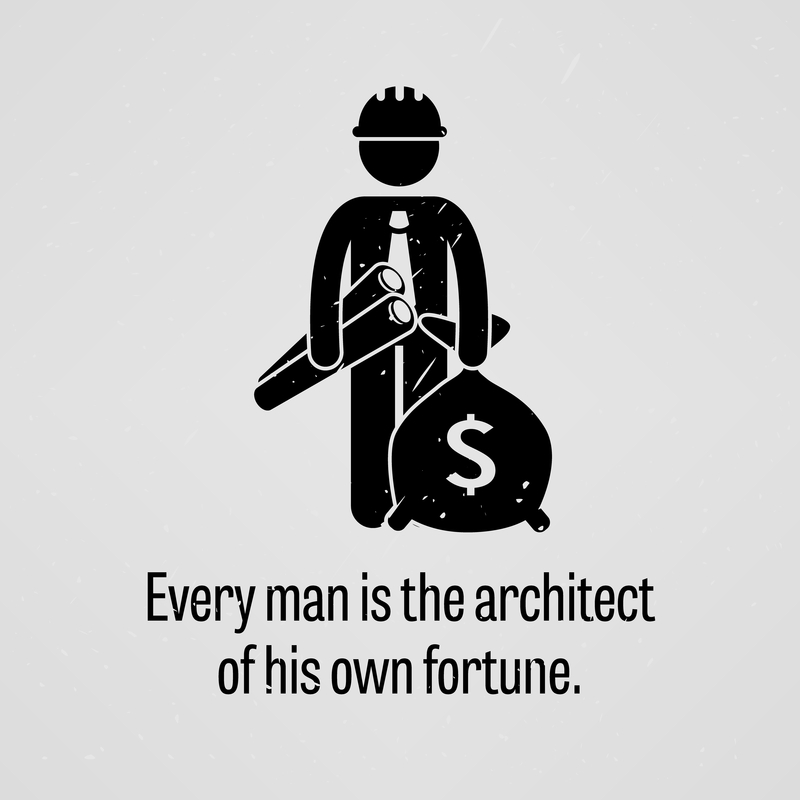 How much do you think about money on a daily basis? When you take a moment to reflect on that question, you probably realise the answer is a lot!

Currency has almost become as critical to life as the air we breathe, the food we eat and the water we drink. We use it to transact every commodity that keeps us clothed, sheltered and protected on a daily basis.

Now consider this; what specific thoughts do you have about money in general? And how are those thoughts shaping your financial future?

A different way of thinking

The vast majority of Australian households are classified middle-income. They pay their bills, live relatively comfortably and if there’s a little leftover, enjoy things like a new car every few years and the annual family vacation.

The middle-class might save a bit of extra cash and pay their house off, one day owning it outright so they can retire and live on their “nest egg”, topped up with a modest pension as required. However, they’ll likely never attain a state of independent wealth.

Successful investors do something different and as such, achieve different results in life. They rise to a level on the property ladder where instead of working for their money, they make their money work for them.

Generally when I’m discussing the idea of fixing something, it’s interest rates. In this instance though, I refer to a recent Ted talk I watched regarding mindset. Check it out below…

Presenter Eduardo Briceno talks about research from Professor Carol Dweck, who’s spent much of her career studying the impact of mindset on achievement.

In observing and following a number of students throughout their schooling, Professor Dweck concluded that our brains are capable of great things…as long as we’re willing to challenge ourselves.

Those with a fixed mindset often identify as being more intelligent or better at a particular thing than the vast majority. They may believe themselves to be gifted in maths, music or visual arts for instance.

They thrive on positive judgment to nurture their fixed beliefs about personal ability and conversely, beat themselves up over the slightest criticism, even when it’s constructive.

Any challenge that calls for a degree of effort outside of one’s comfort zone is perceived by the fixed mind as a sign of inability; something they’re just ‘not good at’ because they’re not smart enough to get it right the first time.

While the fixed mindset individual might have a brilliant mathematical mind, if they produce something akin to a rudimentary stick figure when first attempting to draw a picture, they’ll likely conclude that they suck at art.

The fixed mindset is the enemy of financial success. It will prevent you from ever moving beyond your financial comfort zone, taking a risk or trying something new.

Fixed thinking tends to see us blame someone or something else for our less than ideal situation. Whether it’s because of the markets, a crumby wage or bad advice, the problem is always beyond the fixed thinker’s control.

The growth mindset however, takes on a challenge with gusto. If it seems beyond their capacity, rather than walking (or running) away, the growth thinker will relish the opportunity to learn.

Those with a growth mindset thrive on feedback and constructive criticism as a way to further themselves and do better in the process.

In embracing new ideas and being willing to journey into the unknown, even when a degree of risk is perceived, Dweck’s research suggests we become more capable on a neurological level.

When we’re prepared to challenge ourselves, our brain fires up and new neural pathways are created, thereby further enhancing our ability to learn.

The growth mindset, being all about possibility, is essential for financial success. It means past investment failures are viewed as a learning curve, instead of an indicator that we just aren’t cut out to dabble in real estate.

It also means we’re more likely to pro-actively seek out a solution to an undesirable financial situation, rather than deciding we’re just stuck with a bum deal in life.

Dweck’s findings suggest that success in every aspect of life is more about effort and tenacity than intelligence.

To this end, when we are willing to encourage and immerse ourselves in the process, recognising that this in itself is extending our capacity for growth, we can significantly improve any aspect of our life we choose to focus on.

Dweck says when children are praised for ‘being really good’ at something, and when the emphasis is all about grades and test scores; a fixed mindset is being developed.

On the other hand, when those same children are encouraged to explore their own possibility for personal growth, highlighting the importance of the learning process instead of the end result, a growth mindset can emerge.

The good news, according to Dweck, is that we have the ability to change our mindset.

In his Ted presentation, Briceno says there are three ways to move out of a fixed mindset and expand the possibility for personal growth in any of life’s pursuits (including financial freedom)…

So what if you change your thinking? What if you re-train you brain to let go of negative connotations and move from a mindset of limitation to a mindset of abundance?

This is not New Age philosophizing, but a proven strategy to achieve success, not just in property investment, but also in every facet of your life.

When your thoughts are grounded in the belief of limitless possibility, you send a message into the world that you’re open to receiving.

If you’re still not convinced that financial success is more about effort and tenacity than intelligence, just look at Kim and Kanye, or even Donald Trump for living, scientific proof.