In our ever changing world, where you never know whether to pack your brolly or your bathers from one day to the next, talk of the seemingly swift upward turn our property markets have taken of late has hit the news in a big way.

It is not just the climbing price tags and auction clearance rates that have many a scare-monger talking up the impending threat of a property bubble though, with coinciding apartment booms currently underway in Sydney and Melbourne fueling speculation of a dangerous impending oversupply in both cities.

This is all seeming very much like a Groundhog Day type scenario to me, with many commonalities between what is occurring at this present time and what we experienced in the early noughties.

Australia’s property sector has proved itself to be a very worthy investment vehicle over the last two decades. While other developed countries have seen their markets decline dramatically since the 2007-08 GFC, our housing sector has had moments of prolonged stagnation, but on average, enjoyed consistent growth that has largely aligned with the associated holding costs of investing in quality bricks and mortar.

Australian residential markets have not really seen a significant correction in the form of a major property crash since the 1980’s, when negative gearing was reintroduced in 1987 to entice investors.

Then between 1998 and 2008, our nation experienced the perfect property storm, with a combination of favourable factors causing values to rise by 74 per cent across the country between 2002 and the end of 2008, according to statistics from the ABS. Some of the drivers of this 12 per cent plus average per annum return included;

Even when the GFC hit, our favourable interest rate environment coupled with buyer incentives such as the government’s first home owner’s grant boost that took effect in October 2008, prevented the same type of catastrophic market collapse that occurred in the US and Europe.

In fact there was talk that we experienced a “mini-bubble” across 2008-09 as the market once again heated up, with investors wanting to take advantage of low interest rates now competing with keen, cashed up first homebuyers.

Australia’s housing markets continued to chug along nicely, with little signs of the bursting property bubble that many predicted actually occurring. Instead, the brakes were applied in some of our cities around late 2010, as interest rates climbed and first home buyer incentives were scaled back once more, causing affordability issues for those looking to break into the housing market.

So now we come full circle. Once again we find ourselves in a low interest rate environment, with investors keen to cash in on the opportunity to hold a high growth property in a cashflow neutral or positive portfolio buoying the market into a growth cycle, and causing many commentators to scream “property bubble!”

Recently the RBA suggested that potential hazards are particularly concerning in Sydney where the, “increase in investor activity appears to have been particularly sharp,” as investor loan approvals reach their highest peak since just after the 2004 boom.

Then there are the soaring auction clearance rates, which have seen recent activity up at around 89 per cent in Sydney and 80 per cent in Melbourne.

It seems that wherever you turn, someone has a story to tell about how well they have fared in Australia’s inner city property markets in recent times, even as much of the world still reels in economic uncertainty.

Anecdotally I can share the tale of a Trilogy client who settled on a terrace house in Sydney’s inner city suburb of Paddington in December 2012 for $1.5 million. That property, which is admittedly sitting in the middle of a “yuppie” sweet spot, is now worth $1.7 million. And we have seen similar trends in lower price point suburbs too, such as Newcastle.

This renewed vigor from investors for all things bricks and mortar has of course brought the developers out of the woodwork, with planned high-rise construction in the Melbourne and Sydney CBD’s starting to smack alarmingly of the saturation levels we saw in the mid-noughties.

Between 2010-12, Melbourne’s inner city skyline saw the addition of an extra 22,605 new CBD apartments, which made up almost a quarter of all high density construction across Australia for that period. It is this type of massive boost to apartment numbers that has some suggesting the world’s most liveable city is at risk of losing its lustre as it becomes a generic, concrete jungle.

While a large volume of Australians prospered from the noughties property investment love affair, there were more investors burned by some all too common first timer mistakes.

Scrambling to jump on the real estate bandwagon, many investors fell victim to dodgy, fly by night spruikers and developers who promised instant millions. Of course the only people who profited from these get rich schemes were the ones organizing them!

So here are some of the more important take home lessons that we should learn from recent history and make every effort as savvy, educated investors, not to repeat;

There are numerous similarities between our property markets of ten years ago and those of today, with the positive news being that housing still holds strong as a reliable investment vehicle for those looking to create long term wealth.

If you want to find out how much you can comfortably borrow to make sure you don’t miss the boat, call one of our team.

The Sydney market is really starting to heat up with Brisbane following and Melbourne heading the other way, here’s a snapshot from Saturday the 28th September.

Sydney Trending up from last month

Brisbane trending up from last month 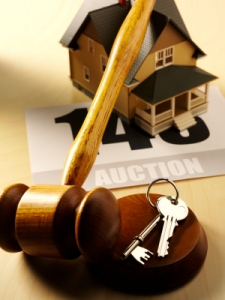 You’re using a buyers agent that charges a fixed price fee and you’re wondering whether you should purchase a more expensive property so that you can get further value from their services?

This was a question posed to us this past week.

If you’re starting from “square one”, you might want to first take a look at our “What is a buyer’s agent” report HERE.

So coming back to the question am I better to spend more to get additional value?

I think this comes down to your overall strategy? Every investor should have a strategy and the BA is another one of your advisors to help you execute that.

I’ll give two examples of why you maybe using a Buyers Agent and answer the question from those.

In these two examples your strategy is the underlying current of the outcome that needs to be met, and why you engaged the BA in the first place. 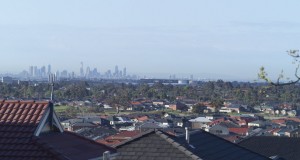 If it is capital growth that you need to build, then the conversation with the BA will be along the lines of what can you buy me that will achieve the maximum amount of Capital Growth in the shortest possible timeframe? This will open the door to conversations around subdivisions, raise and slides, adding value or even strata titling, pretty much anything that will give you calculated manufactured equity.

So in this example trying to achieve better value from the dollar spent with the BA by purchasing a more expensive property is a non discussion. The Buyers Agents brief has become ‘create me equity’. If they have the tiered structure that I mentioned above then you may drift from one tier to another whilst they’re looking for that perfect deal. When that deal is found, it’s quite simply down to the numbers, so does it really matter how much they charge you if the outcome is met? Probably not.

In the second example where your strategy is in need of high Cash Flow then you may get better value from your Buyers agent if you were to spend more. An example of this could be they can secure you a Granny Flat compliant house and project manage it onto the back of it for you with say a 8% yield. But if you were to engage their services at a higher level and changed the brief to say a commercial property, you could end up with a 11% yield and a national tenant. In this example there would be more value to you in lifting your investment amount to get more value from the Buyers Agents services.

There’s one thing in all of this that stands out though and that is it comes back to the underlying strategy. Once that has been established then it is simply an execution of that.

Don’t have a strategy yet, give one of my team a call or Click HERE to Schedule a Consultation – we’ll happily give you 30 minutes of our time and help build you a strategy.

From where we sit reducing the cash rate seems to be working with a lot more property transactions occurring. The Auction clearance rates on the eastern seaboard have been trending up, here’s a snapshot from Saturday 31st August.