Death And Taxes…What Reforms Might Mean For Your Future Fund 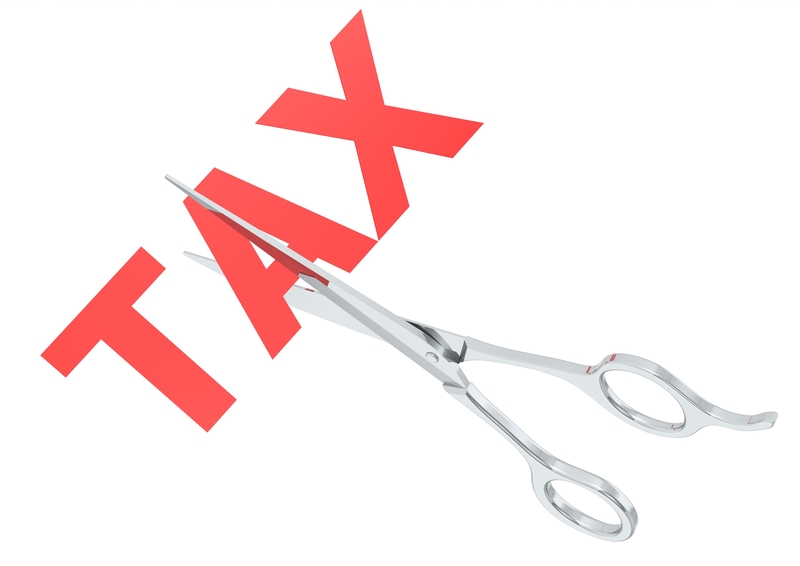 It used to be these were the only two certainties in life. Nowadays though, how much and what type of taxes we’re set to pay in the future is anything but set in stone, with Malcolm Turnbull accused of saying one thing, but doing another entirely.

Parliament question time is always an interesting affair, but when it comes to debating fiscal policymaking and tax reform in particular, all bets (and gloves) are well and truly off.

Turnbull and crew started the scramble to win favour with voters in what could only be described as a mess of conflicting ideas and opinions…from within their own party.

First Treasurer Scott Morrison insisted that the only way to resurrect our seemingly lifeless economy was to reduce income tax and simultaneously raise the GST to 15 per cent.

Prime Minister Turnbull begged to differ however stating, “You’ve got to remember that what all this is doing is just simply moving the tax burden from one part of the system to another. It isn’t actually reducing tax overall.”

A Treasury analysis found that lifting the GST to 15 per cent would raise $32.5 billion, but require spending $16 billion to $17 billion in compensation as the plan was implemented.

“We are not interested in a change for change’s sake exercise,” said Turnbull.

Mr Morrison quickly recovered his composure by insisting he’d look for alternative solutions to “reduce the tax burden on people who are working hard and running businesses.”

“Negative gearing has been and continues to be a real opportunity for middle income earning Australians,” he said.

“Nurses and doctors and policemen or others, these are people working every day and trying to get ahead, they’re not the problem.”

What are the alternatives?

In reality though, how many significant, revenue-raising taxes does the government have to play around with when it comes to honest structural reform?

Opposition Leader Bill Shorten has promised new restrictions on the negative gearing of rental investments if Labor assumes power after the next election.

The party would bring about changes to limit the ability of tomorrow’s landlords to write off interest payments against income for new homes only, not established dwellings.

There would also be a simultaneous halving of the 50 per cent discount on capital gains tax that investors currently receive when they sell a property asset.

“This proposal of ours will cut the tax-payer funded concessions, which are going to a fortunate few,” Shorten said.

Shadow Treasurer Chris Bowen has been like a dog with the proverbial bone when it comes to the negative gearing furore, insisting the need for this type of ‘once in a generation’ change is long overdue.

He says Labor’s proposals are ‘somewhat’ based on the David Murray Financial Services Inquiry recommendation around concessional investment tax reform.

“It said that these tax concessions should be reduced because it would lead to a more efficient capital allocation.”

Economic commentator Rob Burgess and many of his peers agree that negative gearing and CGT changes are long overdue.

Burgess wrote in a recent article, “these twin tax breaks have a compounding effect in drawing capital away from productive investments elsewhere in the economy.”

Of course the Libs have slammed Labor’s proposals as ‘seriously market distorting’ and ineffective at generating sufficient money – projected at around $600 million over four years.

And the Coalition are using Labor’s tax reform plans to generate a healthy dose of fear among voters in the lead up to election time, warning the opposition will “crash” our already slowing property markets if it fiddles with long standing negative gearing and CGT legislation.

As far as stunting residential property growth with its proposed changes, Bowen defended Labor’s position stating, “A good outcome would be taking some of the heat out of future rises.”

Maybe not such a super idea?

While property investment portfolios are not yet in the Liberal party’s direct line of fire, the government seems to have little choice but to reconsider its stance on current tax breaks for Aussie retirement funds.

Particularly given that most social reformists insist that reducing these investor entitlements would create a veritable cash cow for Canberra’s coffers, while levelling the playing field for young people trying to crack the housing market.

Giving negative gearing a wide berth, Treasurer Morrison has come out with a widely criticised two fold plan to reform superannuation funds instead.

The plans would see capital gains realised in super funds taxed at a higher rate of 12.75 per cent, as opposed to the current 10 per cent, meaning more tax is paid on the profits achieved from liquefying fund assets, thereby reducing returns.

A further proposed change would allow 18 to 24 year olds to opt out of super contributions and instead pocket the extra employer deducted amount as a weekly wage boost.

According to public affairs director for Industry Super Australia (ISA) Matt Linden, this would equate to a future retirement fund sacrifice of $20,000 due to a loss of early compounding benefits in the beginning of each Australian’s working life.

ISA chief executive officer David Whitely said, “The measure would reduce the attractiveness of long-term investment for super funds by increasing the earnings tax on assets held longer than 12 months.

“It is hard to see how such a proposal is consistent with the policy objective of increasing super funds’ appetite for the types of long-term investment the economy would benefit from, let alone better retirement outcomes.”

The big, overarching question surrounding all of this political palaver is will any of it produce outcomes that benefit more than just a financially affluent few?

Are our political leaders taking the notion of social equity seriously enough within their respective, proposed tax reform parameters?

A generational shift has seen baby boomers hit their power peak en masse in recent times, with those in control of current economic management being those who stand to derive most direct financial benefit…boomers on the brink of retirement.

Not surprisingly then, a recent report from the National Centre for Social and Economic Modelling revealed that tax breaks on investment properties and superannuation are costing the budget nearly $40 billion a year, with virtually no notable benefit siphoning down to Australia’s under 30’s.

The study was commissioned by The Australia Institute, with director Ben Oquist saying the findings conclusively demonstrate that the current concession regime is neither fair, nor in our nation’s best interests.

“In total, these concessions are worth more than $37 billion, yet the young receive only $2.4 billion of their value,” he noted.

“The capital gains tax discount and negative gearing are particularly unfair for the young, with the under 30s taking approximately 1 per cent of the benefit of tax breaks worth $7.7 billion a year and climbing.”

NATSEM’s data crunching also shows that 73 per cent of CGT discount benefits flow to the top 10 per cent of income earners in Australia.

Tellingly, the research suggests that the under 30s share of the three combined investor tax concessions equals just 6.4 per cent, as opposed to those over 50 years of age who enjoy 53 per cent of the benefits…or in monetary terms, $2.4 billion versus $19 billion.

Is the government listening?

With the majority of backbenchers nurturing their own property laden retirement portfolios, it’s hardly surprising that most politicians are reluctant to see real estate related tax entitlements (like negative gearing) targeted for economic reform.

No doubt some type of significant change is necessary to get our economy – particularly business and employment growth – back up to viable levels and make a chink in that $40 billion budget deficit.

But it’s difficult to conceive of our current leadership robbing Peter to pay Paul, when Peter represents their own respective retirement funds full of residential property holdings. No matter how much the social reformists kick up.

Needless to say, I would caution investors to not be swayed by these political arguments or any legislation introduced that might inhibit some of the tax concessions afforded to those of us with a housing asset base.

Remember, no one ever got rich from saving tax. But a few tax savings would certainly go a long way to ensuring the future economic and social stability of our Lucky Country. As always in the modern political world, it’s a case of wait and see what happens next.