Everyone’s An Armchair Expert, But What’s Really The Answer To Housing Market Stability? 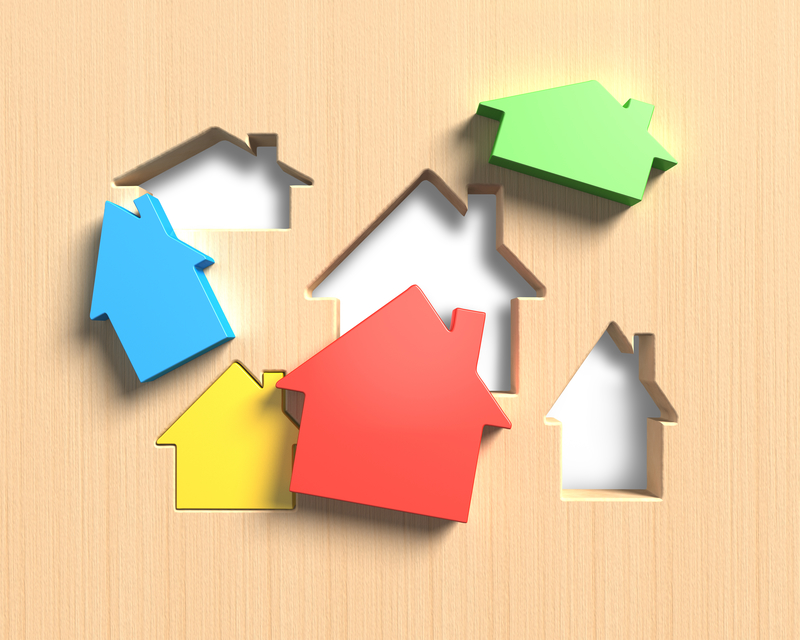 As we approach another federal budget eve, the gloves have well and truly come off in Canberra, with both sides of the political fence throwing down the gauntlet on housing affordability issues.

It’s definitely one of the most contentious and talked about topics at present. The state of our property markets. More specifically, the masses of young, first time buyers trying to find any sign of a crack they can squeeze through to penetrate what’s fast becoming an impassable door to inner city and suburban housing.

Recently, Treasurer Scott Morrison and his esteemed leader had a bit of a falling out, when the PM disagreed with vague proposals to address housing affordability by raiding the future funds of young Aussies. Idea being they draw on their (infantile) Superannuation funds to furnish a housing deposit.

The many flaws in that idea soon became obvious, including the lack of sufficient retirement savings most young people have to make up a housing deposit until they hit their thirties.

Other ideas have been tabled…see related commentary from this week…with about as much forethought seemingly. Before being shuffled around the table awkwardly while everyone digests the realities of what a prolonged price slowdown for the property sector could mean to our overall economic tidings right now.

Or just as dangerous…further fanning the fires of a few, already well-fuelled sectors of the market by giving people more financial assistance to enter the fray.

At one point last week, after coming out, guns blazing with proposed pitches to wow the electorate on budget night, Morrison seemed to threw his hands up, tossing the hot potato right back to the hands of regulators.

“I have been concerned over the last couple of months that the measures that were put in place a few years ago have worn off and it is now for the council of financial regulators to determine what the next step is,” declared Morrison.

Errr…wasn’t that one of the things you were working on in this federal budget? Perhaps some overhaul of government policy or the creation of new, meaningful, long-sighted solutions to the housing issues for young Australians?

Enter the opposition
Of course if you listen to Labor representatives, the opposition has discovered the Holy Grail of housing affordability. Why didn’t someone think of it sooner? It’s staring us all right. In. The. Face!

What is it? Tax concessions! Of course! Just peel back the legislation you created to invite a raft of investors into the housing market to keep activity chugging along a few decades ago, and suddenly put the brakes on at lightning speed.

While the Libs tinkered with the idea of changes to capital gains tax concessions, they’ve since all but ruled that idea out, alongside any notion of removing negative gearing entitlements for investors, or the option to borrow for housing assets within a self managed super fund.

Of course that’s made Labor dig its heels in harder on this highly contentious issue.

Shadow treasurer Chris Bowen says they’ll be taking affirmative action if given the chance, arguing that our country’s generous tax concessions are encouraging a hyperactive investor portion of the market to drive up property values.

“Any so-called housing policy which doesn’t deal with that is a sham,” says Bowen.

The same applies to borrowing within SMSF structures to acquire housing investments…a topic that’s been notably lacking in the media of late, but nevertheless is relevant to purchaser activity.

According to the Murray review, which recommended the abolition of SMSF borrowing, this practice has grown by 860% since 2012.

Bowen argues that these entitlements, exclusive to investors, make property more inaccessible for first homebuyers. As well as that, they pose an increased risk to the Australian financial system by allowing households to borrow more than they can afford to maintain, in the event of some economic shock.

“Over the last few years, housing affordability, rapid house price growth and record leverage has increasingly become an issue not only of fairness and equity, but also one of financial stability,” says Bowen.

“If Australia faced the unfortunate scenario of an economic shock down the track a responsible government would be able to tell the Australian people they did everything in their power to prevent a situation being worse than it could otherwise have been. The current government would simply be unable to do this.”

But what about…
The Reserve Bank seems to like the idea of clawing back negative gearing entitlements, as supporting government policy that could assist with better regulating the finance sector, suggesting “particular features of the tax system” could use an overhaul.

But would such measures really create a more balanced playing field, or just tip the scale too far in a direction that sees investors attempting to sell up assets they can no longer sustain, in a less financially viable portfolio?

What then becomes of property prices in high investment markets, such as the inner city apartment sector? And what of rental prices, when everyone suddenly needs more money as a landlord to retain the same investment property?

With only a raft of uncertainty as to what might be the fallout from changing policy around our housing markets, which are really the backbone of Australia’s economic wellbeing at this point in time, we again seem to be at the mercy of industry regulators.

When we’re having the same ‘Groundhog Day’ discussions that were floating around two years ago however, how seriously is all of this being taken?

Is the latest intervention working?
As regular readers of the Trilogy Report know, recent regulatory moves saw APRA set its sights once more on investor based borrowing trends and in particular, criteria around Interest Only (IO) loan products.

Both were cause for concern, with worries around higher risk borrowing in a climate of lingering uncertainty, and banks engaging in a heck of a lot of business that could be deemed ‘dicey’.

Recent data indicates that most IO and investor loans from the Big Four banks are cheaper now than they were a year ago however, despite a series of rate hikes from lenders and this latest regulatory crackdown.

Canstar figures show Commonwealth Bank’s standard variable interest rate for customers taking out an IO loan as an owner-occupier now is 5.22% for instance, 0.38% lower than in April last year.

Meanwhile, National Australia Bank’s one year fixed, IO rate for owner-occupiers is 3.99% at present, a whole 0.60% lower than in April 2016.

Economist Saul Eslake said the data illustrates the weakness of macroprudential measures intended to cool the market, compared with changes to government policy (such as a review of negative gearing entitlements) or adjustments to the official cash rate.

“The impact of recent supervisory measures has been overwhelmed by the impact of the two rate cuts in May and August last year,” he said.

“But doing the third best thing is better than doing nothing at all.”

Ouch! That unspoken accusation, of inaction on the part of government, has to smart as Morrison and his crew walk into yet another federal budget armed with very few answers for future Aussie homebuyers.