Falling House Prices Are Not The Harbinger Of Doom 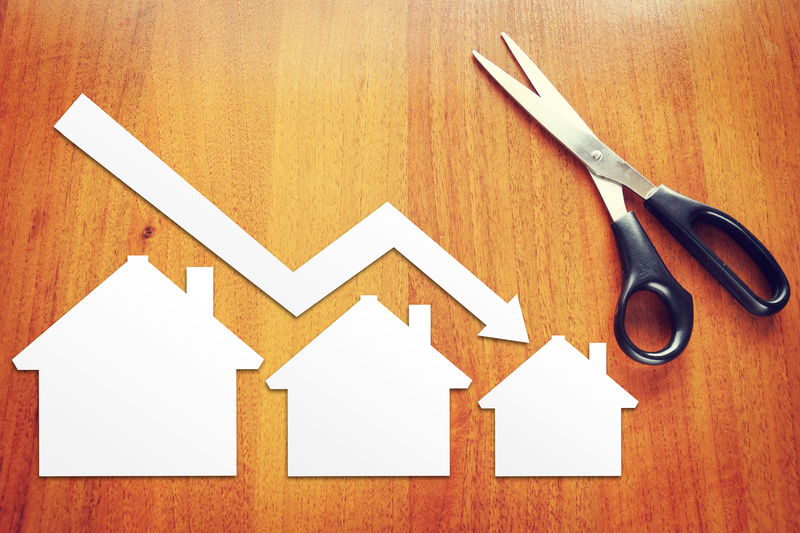 With residential property playing the big bad protagonist when it comes to debt accruing assets upsetting the economic apple cart, a slow down in the mad run of recent activity will no doubt be welcome relief for monetary policymakers and regulators.

As was so eloquently pointed out by the BIS report discussed in our article looking at how credit booms invariably end in busts, too much buying and selling of bricks and mortar leads to the creation of ‘debt bubbles’, which can in turn stunt overall economic productivity.

Hence, a necessary reprieve from all the mania in order to bring a semblance of equilibrium back to our housing markets is not such a bad thing.

All good things must come to an end

For many Australians the possibility of declining house prices will be difficult to comprehend.

These ‘good times’ for residential real estate have been stimulated by favourable underlying supply and demand fundamentals, as well as policymaking intended to keep one of the few sectors that’s consistently underpinned our general economic wellbeing, alive and kicking.

Let’s face it…without the resources boom and a few consecutive property booms since the turn of the century; we wouldn’t have weathered the 2008 GFC with such aplomb, even as world economic powerhouses started to crumble.

Now though, both the mining and housing sectors are faltering, with the former falling victim to a slowing Chinese economy and the latter to a local credit crunch that’s seen lenders forced to tighten the proverbial purse strings.

Things are not as rosy as they once were in this low interest rate environment, as our household debt levels rise with increasing property borrowings and we have less disposable income to spend in other areas of the economy.

Our relatively long upward housing cycle of recent times was largely the function of an accommodation undersupply and of course, an abundance of ‘cheap credit’.

Now, after an extended period of above average price growth across some property markets, a notable shift is underway.

According to ANZ chief economist Saul Eslake, even if these robust activity levels were to weaken slightly, housing stock levels will still likely outstrip demand within the next few years, causing that supply /demand imbalance to tilt prices in the other direction.

Combine this turn of events with lenders seriously rethinking how much capital they’re willing to dish out to property buyers as a result of APRA’s regulatory curveballs, as well as the potential for climbing interest rates in the next year or so, and it doesn’t take a genius to figure out what comes next…

Less credit ‘on tap’ and in turn decreased buyer activity, coupled with more stock on the market, equals the curbing of property price growth.

But it’s not so black and white

As always though, the Australian housing market is not such a simple beast to pin down.

Even as domestic buyers start to reconsider further property acquisitions due to newly imposed lender obstacles, foreign purchasers are continuing to stoke the Australian bricks and mortar fire.

For this reason says Eslake, it’s likely new apartment construction (the property sub-sector overseas investors are busy stimulating) will continue pushing dwelling approvals beyond 200,000 each year for some time.

In turn, we should see an easing of supply constraints and with it, a return to more affordable and sustainable levels of price growth.

Further, should this rising tide of supply combined with a reduction in the instance of easily obtainable and cheap credit force a lowering of house prices, the drain on our overall economy in servicing increasing levels of debt will be reduced, opening the door for increased productivity.

As such, the apparent slowdown we’re currently entering could be seen as a necessary and natural correction phase.

Just as our recently robust real estate markets helped to maintain our economy in less than ideal circumstances, so too will this cooler phase of the property cycle have a hand in what will no doubt be an important economic transition for our nation. What goes up must come down, after all.

Do you need to shore up cashflow and manoeuvre around the banks’ tighter serviceability barriers to continue growing your property portfolio?

One of our experienced Trilogy Funding brokers can help. Click here now to connect with us and find out how we can keep you on the right track to a secure financial future.