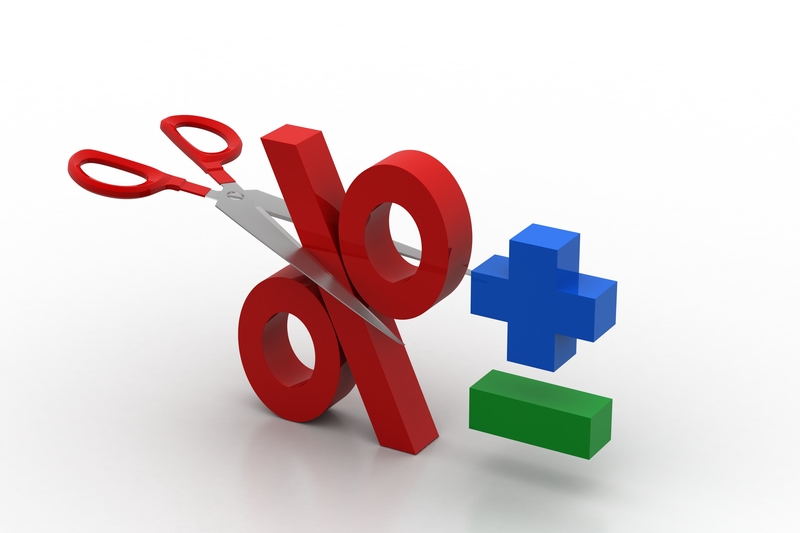 Wouldn’t it be nice if life were simple? None of us running around, wondering where the next dollar and minute might come from…the ones we’ve already spent and the ones yet to be flittered away in the hectic pace of modern life?

Alas, it seems the way we live has reached dizzying new heights of complexity, with every element of our reality manipulated by the capitalist structure in which we exist.

All philosophical musings aside, the point I’m rambling my way to is that life looks very different nowadays, and nowhere is that more evident than the collective magnitude of current, global economic events.

Every developed nation is feeling the strain of a low interest rate environment that’s seemingly never going away.

Sure, for some it’s having positive flow on effects to various sectors of our resource heavy economies…as with real estate markets for instance. But the short and long term ramifications are far more significant.

Take the recent announcement from the Commonwealth Bank regarding its end of financial year profit. To most of us, a cool $9.45 billion would be a tidy return on our investment. Not to the banks though.

Or more specifically, their shareholder contingent, which is obviously harbouring concerns as to the long-term sustainability of our modern day financial institutions. And perhaps the political ones too…

“There are aspects of the performance that are very highly leveraged to the environment, and people keep forgetting low interest rate environments are not great for banks,” said Narev.

“All things being equal, a declining cash rate will mean a declining margin. We need to stare into the fact that absent any action on our part, that will occur.”

For the majority, interest rates are only relevant in the context of our hefty mortgages. This is the thing that keeps working Australians awake at night.

Most of us are not losing sleep over banking bottom lines, or the blustery winds of change shifting economic tectonic plates that have been the foundation of our post-industrial world for centuries.

Yet this is the big picture that’s causing so much concern for regulators and financial markets across the globe.

With so many baby boomers, not just in Australia but across many developed nations, on the cusp of retirement, one of the complications we may see play out with potentially serious social consequences, is the dramatic decline in yields on low risk investments.

This was something the then Governor of the Reserve Bank; Glenn Stevens started speaking about last year.

“Just about everywhere in the world the price of buying a given annual flow of future income has gone up a lot,” he noted at The Australian Financial Review Banking and Wealth Summit in Sydney last April.

“Those seeking to make that purchase now – that is, those on the brink of leaving the workforce – are in a much worse position than those who made it a decade ago.

“They have to accept a lot more risk to generate the expected flow of future income they want.”

Unprecedentedly low interest rates have caused yields to collapse largely across the board on traditionally ‘safe’ places to park your savings, including term deposits and government bonds.

Superannuation industry veteran and chairman of retirement income at Challenger Jeremy Cooper, said in an opinion piece for the Fin Review, released at the same time, that even those retiring with $1 million would be struggling.

One million might seem like a reasonable sum, but Cooper said it would only return around $1297 a fortnight for a retired couple…comparable to the government pension.

“The key question is: how will an adequate flow of income be generated for the retired community in the future, in a world in which long-term nominal returns on low-risk assets are so low?” mused Stevens.

Interestingly, there appears to be a few minor revolutionary ‘movements’ occurring at the moment, steered by people who seem intent on effecting political and social change.

And while this people driven economy may not quite have infiltrated modern day, mainstream thinking yet, more economic boffins from within the financial services sector are harkening to the call for some type of systemic transition.

We all know that on a local level, four institutions have enjoyed a stranglehold that’s seemingly so unshakeable, it’s survived more than one scandal in recent times.

Notably, Stevens cited one of the reasons for misconduct in our financial services industry as, “distorted incentives coupled with an erosion of a culture that placed great store on acting in a trustworthy way.”

“Finance depends on trust. In fact, in the end, it can depend on little else. Where trust has been damaged, repair has to be made.”

As to further regulation to rein in the domineering banking big guns, Stevens noted that in the end, “You can’t legislate for culture or character.”

How right Mr Stevens was. Fast forward some 16 months after that speech and here we are again, reading about the banks making massive margins on credit cards, even as the RBA continues lowering the cash rate.

Indeed, the widening gap between credit card rates and the official cash rate of 1.5% is now more than 18 per cent – the largest since data started being recorded 27 years ago.

Labor leader Bill Shorten called on banks to explain why, even though they might pass on an RBA rate cut to mortgage holders; the same interest rate relief wasn’t extended to those with credit card debt.

“Deposits are relatively low return, but credit card interest rates are relatively high. And it’s not good enough for the banks to ignore credit card holders, mortgagees and small businesses just in the pursuit of bigger and bigger, bloated bottom line.”

Of course Narev would contend that a declining cash rate meant declining returns for their deposit based investors.

But if it’s a question of more moral uprightness required in financial services, as Stevens seems to think, maybe the banks could find some extra interest for cash savers in those hefty credit card charges? Just sayin’…

Ironically though, the reverse is actually occurring in many countries, with consumers and businesses equating ongoing low rates to a significant macroeconomic risk and in turn, shoring up their cash in the safest possible way.

For many, this means gold!

Gold prices have surged due to increased demand, particularly throughout Switzerland, Germany and (no surprises!) Japan.

While some might view her reaction as ‘unsophisticated’, Ms Hofmann’s concerns surrounding negative interest rates and this current radical monetary experiment are shared by many multinational companies, which are also reported to be buying up gold bullions.

What seems clear to most is that the current monetary policy most economies are adopting just isn’t working…on any level. Suppressing rates and printing more money might seem like a sound short-term solution. But where is the long-term regard for sustaining it all?

We have built our post-industrial, social foundations entirely on a resource economy, largely ignoring the human economy and in particular, community. Now we are seeing the cracks that have been showing for a good decade start to widen.

Smart investors, savers, companies and institutions are taking measures to protect their own best interests in the wake of this worldwide upheaval.

They’re rightly concerned that the current experimentation with methods of payment and savings will not end well for those who are ill prepared…as has been the case historically.

Some suggest we’re facing a tipping point in our economic system, where radical change is necessary in order to address the future shortage of finite resources we’ve built our modern civilisation’s survival on.

One thing is certain…now more than ever we need open dialogue among ‘everyday’ people about what we can each do, as individuals and as part of a collective working for the common good, to secure our future. We need to empower ourselves as consumers and take charge of our own wellbeing.