Mortgage Arrears On The Rise Despite Record Low Interest Rates 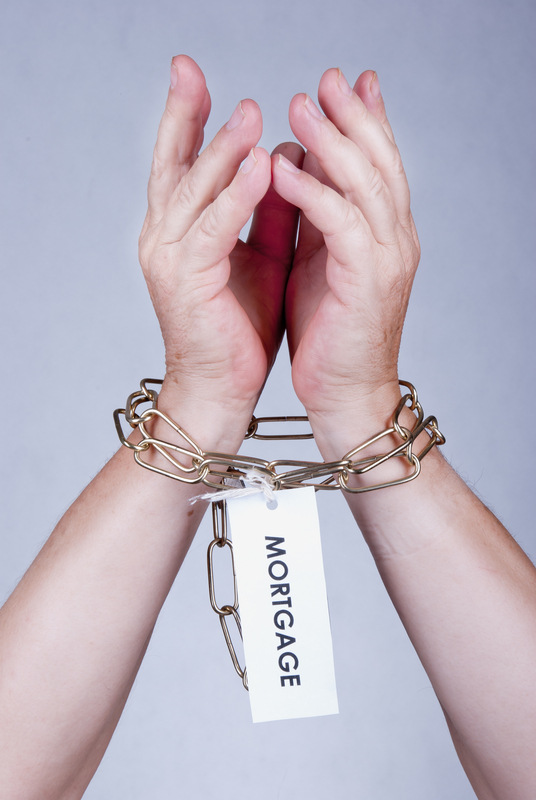 While interest rates have continued on a downward trajectory to reach record lows of late, and the big banks have shored up their risk assessment criteria, a large number of households are still experiencing significant mortgage stress.

Last week FR announced a “surprise jump” in mortgage arrears with a rise of 4 basis points, even though the agency reports that second quarter arrears figures for the year are still tracking at a historically low 1.16 per cent.

In its June analysis, S & P found arrears were 12 per cent higher than at the same time in 2015, but said this doesn’t reflect peak levels of mortgage stress.

Nevertheless, these results are still somewhat surprising given the official cash rate was just 1.75 per cent when the June report was compiled, with the current rate sitting at 1.5 per cent.

“Lower interest rates have fuelled rising household indebtedness. This is occurring against the backdrop of lower wage growth,” the report says. “Borrowers with loans in higher loan-to-valuation categories are more likely to feel the pinch of lower wage growth.”

Not surprisingly, S & P’s research found that over a third of mortgages in arrears were in non-metropolitan areas, with a greater number of households falling behind on their repayments in regional locations that were increasingly reliant on a now failing mining sector.

Much like their counterpart, FR says the downturn in our resources sector that “spilled over to regional areas in Queensland, Western Australia and the Northern Territory” was behind the rise.

Additionally, the agency says that even though our unemployment rate has declined to 5.6 per cent, a rising tide of “under-employment” is of increasing concern, with 8.8 per cent of Australians not having sufficient work to meet their financial needs.

Earlier in September, Moody’s Investors Service forecast a further rise in home loan arrears after its measure of arrears more than 30 days due increased in the second quarter of 2016, owing to Australia’s “below-trend nominal economic growth”.

Indeed, all ratings agencies are anticipating a seasonal rise in December, when pre-Christmas spending kicks in and more consumers find themselves deep in credit card debt.

Are the big banks doing enough?

Despite their sophisticated risk models, mortgage arrears data suggests that the major banks have more customers falling further behind in their repayments than smaller lenders.

S & P last week reported that for the seventh consecutive month, the number of home loans in arrears rose in May across “prime” residential mortgage-backed securities.

The agency’s prime performance index rose to 1.21 per cent in May, from 1.14 per cent the previous month and 1.07 per cent a year earlier, with indications that

the banks’ RMBS (securities backed by mortgages that lenders sell for funding), performed worse than non-banks, or non-deposit taking institutions.

“Most of the increase in arrears for the month was in the more severe category of 90-plus days overdue. The larger upward movements were in the major banks and other bank categories, while nonbank financial institutions was the only sector to see a decline in arrears in May,” S&P said.

Last week ANZ tightened mortgage-lending policies for security guarantees, limiting the leverage family members can take on to assist property purchases and restricting who can act as guarantor to immediate family.

The changes, effective as at August 1st, mean total lending against the guarantor’s property cannot exceed 70 per cent of fair market value, while people who own homes outright can use no more than half the value as security.

These revisions accompany a recent flurry of bank lending policy changes pertaining to foreigners and apartment buyers, with lenders continuing to tread cautiously within a tightening regulatory environment.

Some industry commentators suggest that rather than being a boon for homebuyers, lower interest rates are in fact causing financial problems, with household debt to GDP spiking to a record 125 per cent since 2012, when official cuts commenced in earnest.

But the banks argue that lending standards have been strong and arrears and unemployment levels remain historically low.

A word of warning

Weighing in on the health of Australia’s mortgage market, research firm Roy Morgan recently released a report highlighting the rise of dual-income home loans, which it says now account for more than two-thirds of all owner-occupied mortgages.

The problem being it said, “If one decides to either drop out of the workforce or become unemployed”.

The report claims that 17.4 per cent or 705,000 of Australians with a mortgage could be classified as “at risk” of experiencing mortgage stress, which is well below the 2008 peak of 32.7 per cent.

Drilling down further, about 9.3 per cent of dual-income householders were at risk, but if the main earner dropped out of the workforce the level would rise to 34.8 per cent.

“Risk levels increase dramatically if one income in these households is lost due to having a family, unemployment, retirement or any other reason.”

The take home message for homebuyers is to exercise caution when it comes to taking on any type of debt, particularly a sizeable mortgage.

Yes, interest rates are at all time lows, but runaway activity among many inner city housing markets has made it necessary to borrow increasingly large sums from lenders just to get a foot on the property ladder.

Irrespective of how cheap we might perceive credit to be, it’s always essential to do your due diligence, crunch the numbers and avoid wading in to waters that are just too deep to manage, now and in the future when circumstances might change.