Not All Property Investments Are The Proverbial Pot Of Gold 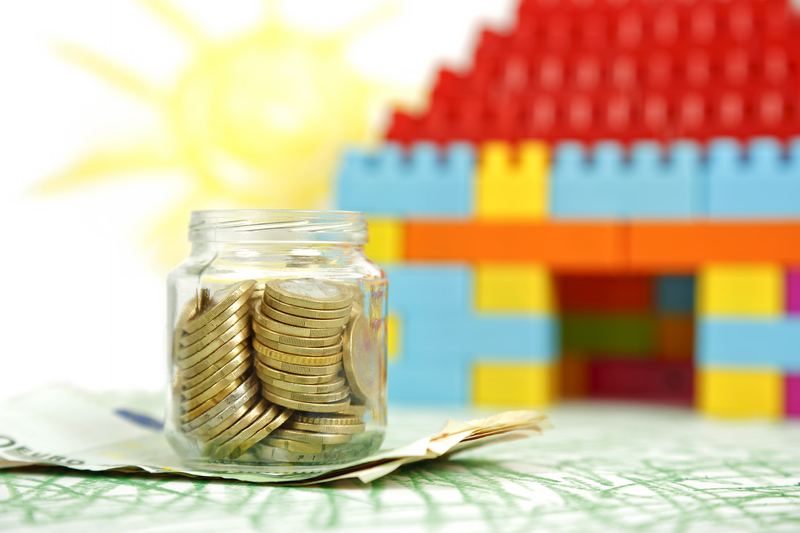 In recent times, Australia’s real estate markets have become a bit of a trendy playground in which to kick around for investors.

Many have leveraged the growing equity in their own homes to launch onto the next level of the property ladder, with low interest rates making that leap all the more enticing.

Often with this type of peak investor activity in the markets, we see people make buying decisions that are probably not the wisest in hindsight, as they’re left waiting for signs of capital growth some way down the road when the property just isn’t delivering the goods!

They may have got over-excited about a story their friends told at the weekend BBQ, and the very next week signed up for a seminar with some slick sales dude, who’s spruiking a developer’s product for a nice hefty commission.

Off they trot, all keen to jump in feet first, and end up signing a contract of sale to buy a new apartment in a high rise complex, or some other ‘speculative’ property investment type.

Not all property, everywhere in this relatively prosperous nation of ours, is going gangbusters right now when it comes to capital growth. In fact many markets have languished for a long time, even as certain sectors have steamed ahead with no signs of slowing…inner city Sydney…cough…

Despite constant talk of runaway markets, set to create an almighty implosion as the property bubble bursts, data recently presented by CoreLogic demonstrates an interesting resale trend that paints a somewhat different picture.

These statistical insights are a timely reminder that not every property, and certainly not every location, is created equal when it comes to potential returns and growth.

CoreLogic’s Pain and Gain report indicates that 9.6% of dwellings resold during the March quarter this year went for less than their previous purchase price, compared to 8.8% in the December quarter last year, and 9.1% in the March 2016 quarter.

None too surprisingly, the biggest losers when it came to resale, well, losses…were units (13.3%) over houses (8.1%) and regional postcodes. Even less startling was the revelation that most of the regional communities suffering from ‘resale lag’ were closely aligned with the mining industry.

Not all locations that suffered resale losses were rural, or remote, or even tied to the resources downturn however. Some of our capital cities have proven less lucrative than others for instance.

Again…not much of a revelation here…Sydney suffered the slightest resale losses at a barely noticeable 2.2%. In Melbourne the rate was 4.7%, in Hobart 4.6%, in Adelaide 7.5%, with the figure creeping up to 9.2% in Brisbane and 9.6% in Canberra.

When you consider how much property is being transacted across these markets, these resale loss indicators are relatively insignificant.

Essentially, across these cities, the vast majority of stock is selling at a higher price point now, than it was when previously sold and for Sydney that equates to just under 98% of all transactions. If you were ever seeking certainty of returns, that sort of data would do it!

However, the resale story doesn’t have such a happy ending for all cities. In Perth and Darwin – again, two cities whose property markets were largely built on the back of the resources boom – resale losses were reported at 23.2% and 37% respectively. Ouch!

Even more concerning is news for investors who chose to join the hundreds of other speculators flocking to the overnight mining boomtown of Mackay, in Queensland.

The Mackay region reported resale losses of 53% for the March quarter! Meaning over half of all stock currently being offloaded in Mackay is going begging. Not great news for anyone with an asset there. A similar story is depicted by the CoreLogic data for the Fitzroy region, with a 51.9% resale loss rate.

Again…there’s really not a lot of groundbreaking news here, because when you apply simple logic it’s all fairly obvious. But it’s good to use this type of market analysis to remind ourselves of all those important investment fundamentals, particularly when it comes to selecting your asset and location.

No speculating! That’s the golden rule! If a region relies on one solitary, sudden, overnight industry – it’s speculative by nature. It has no proven track record on which to base your buying decision or judgment.

The reason you shouldn’t speculate as an investor is yet again made abundantly clear in CoreLogic’s report, which also illustrates that investors were more likely to take a loss than owner-occupiers.

In Sydney, the proportion of resales made for a loss didn’t differ too widely between investors and owner-occupiers (OO) of course, at just 1.9% and 1.8% respectively. In Melbourne however, the proportions were slightly more pronounced, with investors losing out in 7.7% of resales and OO in 2.1%.

Another telling sign for property investors, who are serious about profits and capital gains, is the time factor when it comes to resale losses.

…It’s pretty telling in these figures. First, investors must do their due diligence when it comes to investigating the resale data on any location and property you might be considering.

Second…you need to avoid speculative type investments in favour of proven, well-weathered assets and postcodes that consistently deliver the goods when it comes to a history of expanding capital growth.

And finally, invest to your strategy and understand that the property you buy, has to stand the test of time. Accumulate assets that will serve you in the long term, because you’re more likely to take a loss if you try to jump ship too soon.