OTP Apartments Not A Stellar Performer 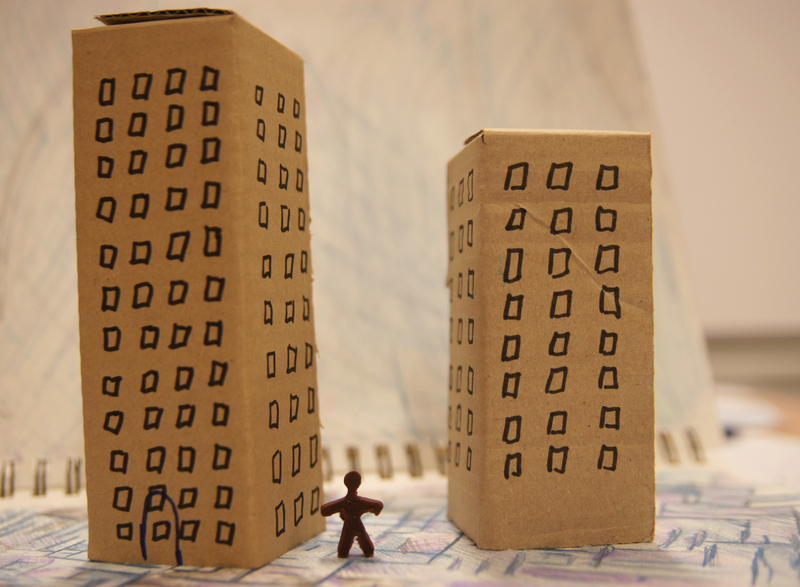 When it comes to that age-old question for property investors – a house or an apartment? – things are not quite as simple as they seem. If you do happen to decide on the latter option, there are a few more things you’ll need to consider. First and foremost, what type of apartment will see you net the best long-term gains?

According to a recent analysis from BIS Oxford Economics that examined prices achieved for all apartments bought and sold since 2011, the resales for established apartment stock have been consistently stronger than for new apartments purchased off the plan. This was particularly evident in Brisbane and Sydney.

While in Melbourne, more than 50% of new apartment stock was resold at a loss between 2011 and 2016, with the average aggregate forfeiture being 2.7% less than what the vendors originally paid. On the flipside, established apartment price gains averaged 7.4% during the same period.

Moreover, if you happened to purchase OTP in Carlton, West Melbourne or the popular Docklands precinct, you might have copped a loss of as much as 7.44% if you on-sold your apartment five years down the track.

Although Sydney’s property market is far too frothy to record any such losses for new apartments or otherwise, the report shows that established apartments in the ever-popular city have reaped the biggest resale returns since 2011, with 25.9% growth.

Whereas those who chose to purchase an OTP apartment in the Harbour City have only seen 7.5% average growth.

BIS Oxford Economics senior manager Angie Zigomanis says of the data, “Because we have taken 2011 as our starting point, Brisbane probably had a couple of years’ growth first for people who bought in 2011 and perhaps 2012. People who have bought since then are probably taking the hit.”

Meanwhile in Sydney…
…Off the plan apartments haven’t done too badly by their owners at all. But as with most profits made in this higher risk sub-sector of real estate, much of the activity has been among speculators seeking to cash in on the Sydney property juggernaut.

According to director of project marketing residential at Colliers International Ian Bennett, some investors have made as much as 40% of their original purchase price by strategically ‘flipping’ or executing the ‘pick and flick’ approach with new apartment stock.

“We’ve seen the value of some off-the-plan apartments rise between 25 and 40 per cent since they were bought three years ago, particularly in the CBD, eastern suburbs, inner west and on the north shore, often within a seven-kilometre ring of the city,” he told Domain.

“Now they’re coming up to settlement at the end of the construction period, people are looking at what they’re worth now and, in some cases, deciding to resell for the profit. That means they don’t even have to get the finance to settle, they’re only paying 25 per cent capital gains tax rather than the normal 50 per cent rate, and they still have 15 months to pay the stamp duty.”

Not a bad return for a property transaction that the dust hasn’t even settled on yet…literally!

The same type of speculator activity saw many people profit during the first, major apartment construction boom in the late 1990s and earlier this century, when developers were under-pricing stock so they’d pre-sell sufficient quantities to satisfy bank lending criteria.

This time around, the resale frenzy is being driven quite simply by Sydney’s phenomenal rate of consistent price growth, and is most evident in high-end neighbourhoods such as Bondi Junction, Darlinghurst, Hyde Park and The Rocks.

Bennett says a two bedroom apartment that might have set you back $720k when you bought OTP three years ago, would now typically be worth around $900,000 plus.

“Sometimes it’s people who intended to be owner-occupiers and sometimes it’s investors, who were very strong in the market back then,” he says.

One of the reasons these luxury apartments are likely selling for such lofty profit margins just a few years on from being acquired OTP, is because people still want to see the finished product before committing to a purchase, even if it means paying more.

Earlier this year for instance, a penthouse apartment in the Barangaroo complex resold for $12.5 million just prior to settlement, after being initially purchased OTP by an Australian ex-pat, for $10.5 million in 2013.

But as with everything to do with the Sydney real estate market of late, this OTP apartment cash cow certainly couldn’t be considered “the norm” within such a notoriously speculative sector.

Real estate group CBRE director Murray Wood says profit on OTP resales tends to be very project-specific and is far more likely to occur at the premium end of the market.

“We are seeing some speculator activity, but it is confined to property with a point of difference and where supply is tight,” says Wood.

And of course, what happens in Sydney is entirely different to what industry insiders are seeing in other parts of the country.

Others in the sector warn that this bricks and mortar bonanza won’t continue indefinitely.

Principal of Harris partners in Sydney’s inner-west Peter O’Malley says one in six Brisbane resellers are currently looking at losses due to an apartment glut.

“As an investment strategy, it’s flawed,” he told Domain. “It’s dependent on strong price growth and, at this stage in the cycle, that looks unlikely to continue.”

So…should you, or shouldn’t you?
As always, the consideration of what you purchase and when should be based on your investment strategy and objectives as a priority. If those objectives lead you to question whether buying off the plan is a viable option for you, there are a few things the experts say you need to consider.

Firstly, who is the developer? What quality of product are they known for and what type of price are they asking? And following that, how does that price compare to the broader market? Are you paying a premium?

Some in the industry will swear black and blue that new apartments always represent an over-priced, high risk investment, irrespective of where or when you’re looking at buying one.

On the other hand, some seasoned investors have no doubt made a pretty penny buying new stock in those million dollar plus price brackets.

Brisbane based research manager for PRDnationwide, Diaswati Mardiasmo says the question of whether new apartments are overpriced or not, “depends on the area and how many off the plan apartments are being built.”

At the end of the day, it’s always a question that only the investor can answer. But I think it’s interesting that when things are slightly off kilter, in terms of the overall property fundamentals, we see remarkable gains being made in an otherwise ‘riskier’ market. Perhaps there’s a message in there somewhere…