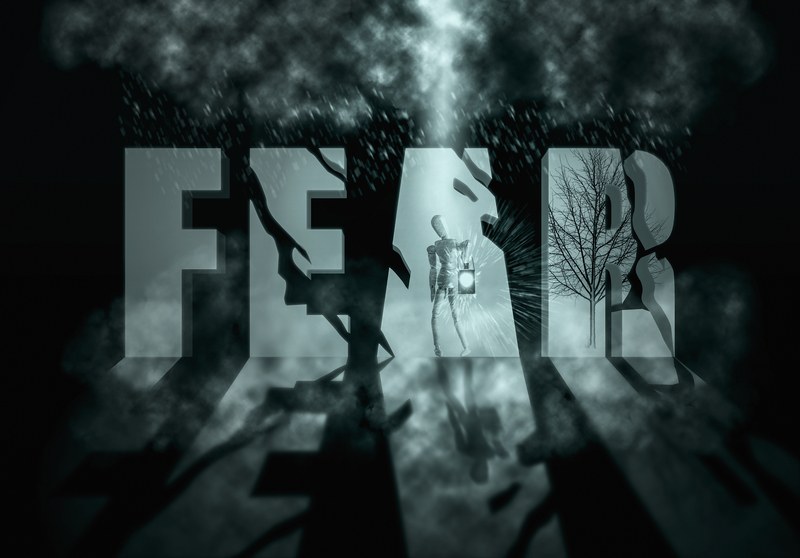 So now you’re back…from outta space…we humans are an interesting bunch. We feel like a surprise attack has been launched at us when some gargantuan change happens in our lives, but if we’re honest with ourselves, we would generally see it coming long before it arrives. Because chances are, we’ve “Been there, done that and got the T-shirt” a few times before.

Let me explain. We incessantly repeat various patterns throughout history. Often, these patterns are destructive and negative because that’s how our subconscious mind has been programmed in this lifetime.

Everything feels like it’s speeding up and becoming more chaotic! Stop the ride, I want to get off! We’re bombarded by a world full of misfortune, hatred and violence and so much political unrest it’s not even funny. Well, aside from some of those hair memes on social media.

If only we would learn from our mistakes, rather than keep repeating them. But alas, it seems quite a tricky thing for most people to do…as well as most so-called leaders and corporate enterprises for that matter.

Take the banking industry for instance. Do you recall a little incident a few years back? Actually almost a decade ago now…

It happened in 2008 and it was called the Global Financial Crisis. It crippled the entire American economy to the point of collapse. Think an aging man with increasingly brittle bones trying to carry a load the size of an elephant. He starts to feel some discomfort, then downright pain, before his knees buckle underneath him and down he goes! Boom! With that almighty elephant on top of him!

The old man being a tired American economy and the elephant being the massive debt burden the government was carrying at the time.

Fast forward almost ten years later and now GFC is a SEO term, peppered throughout property and finance articles…yes, much like this one! The irony isn’t lost on me!

The point I make is that the cataclysmic new world-order the GFC rang in – with destruction comes creation – has changed the entire global economic stage. Vastly! But now it’s all become a bit “whatevs”!

This was the moment that China took that final foot into the door of global domination as a fiscal juggernaut; with far more might than the crippled ‘old man’ of America had demonstrated for quite some time.

It was the moment when a subprime mortgage market that the country had ‘banked’ on to keep its economy afloat, despite the growing number of holes in its hull, took down the entire ship as it all went very pear shaped.

All just a little bit of history repeating…
Post GFC of course, the fallout was far reaching and saw substantial change around property financing practices.

In Australia, low doc and no doc loans became the targets of regulators who decided to put their foot down on ‘higher risk’ lending practices, lest our real estate sector nose-dive off the back of a banking collapse, as had happened elsewhere in the world (including the UK and US).

Higher LVR’s, including 100 per cent, or even 110 per cent loans, where applicants were asking for borrowing costs to boot, were quickly ushered off the playing field, as the goalposts were moved on internal credit scoring policies.

Everything shifted. And with that shift, came a prolonged uplifting of the property markets within a long-term, low interest rate environment. We all adapted to the changes. Well, some investors who knew to anticipate the ups and downs of the roller coaster ride did anyway. But there were an awful lot of casualties too.

People lost their life savings and retirement funds in the fallout. It was by no means a matter to just forget about, without taking a good hard look at what got the world to that point in the first place.

Did we do that though, as a collective? Did we all get together and discuss where we went wrong and where we could do better?

Of course not…because humanity is largely dominated by power hungry people, who want to wield that power for the sake of ego, rather than the betterment of our civilisation. They’re not interested in cooperative leadership. Not really.

So now…where do we find ourselves?

The banks are a little on edge
Let me tell you that right now, when you talk to anyone in a bank, even those in higher positions that come with a nice hefty salary, you can almost hear them sweating on the other end of the phone.

The fear in our financial services sector is palpable right now, as lenders stare down the barrel of a less certain future after the federal budget announcement of that media click bait – the new banking levy. Right at the same the Australian Prudential and Regulatory Authority were forming a posse of ‘policy and procedure’ regulators to ride on in, gunnin’ for serious change.

This combined attack is seemingly forcing banks to reconsider their battle strategy in the war for profits (for them) and revenue (for the government). Interestingly, lenders have had the upper hand for some time now in the battle. Playing around with internal policy and interest rates as they please, with the appearance of toeing a largely ineffective regulatory line.

And why wouldn’t you have the hand when you’re making massive profits, while the government is continually wallowing in debt? Business has been booming in property finance and that business has largely been sustaining Australia’s post GFC economy, even as others have sunk around us.

Now though, the government has picked up a sizeable battering ram, and is barging its way into the inner sanctum of the big banks, demanding tighter lending practices and more accountability. And of course, a share in those lucrative profits won’t hurt government coffers either!

Now it might be happy coincidence. Or perhaps not so happy for Trump and Co…that reports have recently emerged indicating that US household debt has climbed to a higher level than at the peak of the GFC credit bubble, to $US12.7 trillion.

Some analysts are playing it down, suggesting this level of debt demonstrates that the millions of Americans who struggled post GFC have repaired their credit, and are back in the qualifying stakes for loans once more! Go forth and borrow!

However, one of the big drivers of this debt has been student loans, car loans and consumer credit. Things that make you go hmmm…

“This is not a marker we should be super excited to get back to,” said Heather Boushey, executive director and chief economist at the Washington Centre for Equitable Growth, a liberal think tank.

“In the abstract, more debt signals optimism. But in reality, families are using debt as a mechanism to pay for things their incomes don’t support.”

Do you see the pattern here?
Ultimately these ‘ups and downs’, where industry regulations are shaken up to reveal major ‘risk’ concerns and banks start to get all kinds of shady with their internal policies, are to be anticipated in today’s world.

We are very much living in a global period of adjustment – economically, socially and politically – and hence, we have to expect the various ebbs and flows that change brings.

But we must also not lose sight of the big picture and the fact that we humans are a relatively malleable bunch. We may have memories that are too short for our own good. But we also have ways of surviving and rebounding from setbacks that mean we adapt. And some of us even evolve.

So as we delve into our new ‘What Would De Do?’ advice column – for all those lonely hearts who long for greater cashflow and flexibility with their investment finance – it pays to remember (as the goalposts are hurriedly shuffled here, there and everywhere once again), “this too shall pass”.

Rest assured that this hair raising ride into the dark, unknown tunnel will end, and we will once again emerge into the light of a new day, enjoying a smoother ride in the business of banking as happened when we all put that nasty GFC behind us. What GFC? Exactly!