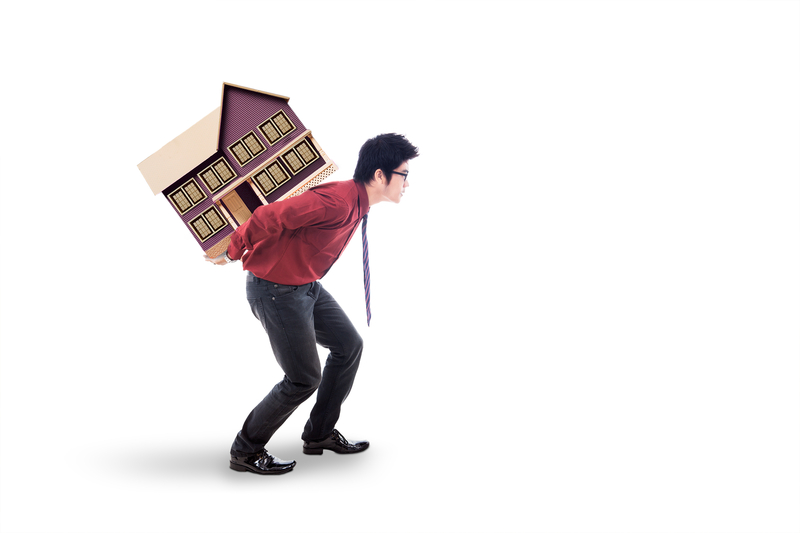 What happens when you put all of your eggs in one basket…or an overly large portion of eggs in one basket anyway? According to a colleague who has chickens and hence, eggs, it’s likely you’ll end up with a big, gooey mess in said basket.

The question then becomes, how many eggs are too many?

Right now, the metaphorical eggs and basket represent the amount of mortgages (eggs) that can be attributed to Australia’s banking sector (the basket).

More specifically, what proportion of all loans written by deposit taking institutions constitutes a mortgage of some kind? And what happens if (and when) interest rates start to rise, creating visible signs of mortgage stress across the board?

These are serious questions Australian banks are obviously not yolking about (see what I did there?), if the recent pull back on lending to ‘riskier’ borrowers is any indicator.

In the last Trilogy Report, I mentioned that the slight dent regulators had made in market activity with the introduction of macroprudential measures in 2015, was having little to no effect when it came to curbing investor based borrowing.

Indeed, reports have recently emerged that depict yet another investor led resurgence in the housing market at the beginning of this year.

Investor lending may have suffered a notable decline immediately after APRA put its proverbial foot down in 2015, falling swiftly from a record high ratio of 53 per cent to 44 per cent at its lowest point.

However this was a momentary breather, as the proportion of investor lending has steadily climbed back up in the last 14 months.

In December last year it was at 48.88 per cent, before reaching a new post-cutback high (pre-macroprudential policy) of 50.28 per cent in January.

Figures show lending to investors has risen by 27 per cent over the past year, up from an annual growth rate of 10 per cent just a few months ago.

Further rubbing salt into the wounds of regulators desperately trying to keep a lid on what they perceive as “riskier” lending, the data also indicates this growth is centered on the much-maligned Sydney and Melbourne property markets.

So what happens next?

Well, it’s kind of like a déjà vu scenario, with a few twists thrown in for good measure…because of course, everything is same old, same old, but ever changeable all at once. Don’t ask me how it works. It just seems that’s life these days!

First up, regulators are getting grumpy and starting to target policies and practices within the finance sector that they find concerning.

But what happens when you’re not just working against banks chasing lucrative profits, you’re also working against government policy obviously intended to keep breathing life into the housing sector, such as recently announced CGT and stamp duty concessions for Victorian homebuyers?

Now it’s getting really interesting…and we haven’t even discussed foreign investment yet!

Of course the bureaucrats also don’t want to look like they’re ignorant to the hardships faced by would-be first homebuyers, caught in a rental market at risk of being overrun with tenants who can no longer buy into a property of their own.

Now we’re looking at rental prices rising in our inner cities and lo and behold, you’ve got a rental market crisis on your hands as well as an affordability issue!

Demonstrating how…err…seriously the government’s taking the subject of housing accessibility, Treasurer Scott Morrison announced a couple of weeks ago the proposed creation of an Affordable Housing Finance Corporation (AHFC).

Using a “bond aggregator” model, the AHFC would provide longer-term, lower rate loans for community rental housing, backed by the Commonwealth balance sheet and at no expense to taxpayers. This, they believe, will stimulate tens of millions of dollars of new private sector investment in community housing.

While the opposition thought it noble that Morrison’s considering the growing number of people on low incomes now facing rental stress, Labor leader Bill Shorten wanted to address the “elephant in the room, and that is the unsustainable tax concessions of negative gearing and capital gains discounts.”

Banks take care of their own business

Let’s get back to that banking basket shall we? When you have $1.5 trillion tied up in a mortgage market that’s being described as “fraying at the edges”, chances are you’re not going to wait around for regulators to ride on in and save the day.

It seems the Reserve Bank is getting an itchy trigger finger, putting all cards on the table in its most direct warning yet, implying that it may step in with tighter macro-prudential policies to control “risk”.

Specifically of course, the RBA speaks of the risk associated with the latest resurgence in borrowing by property investors, who are often the first ones to pull out of the market when things get financially tougher.

Broker JP Morgan has predicted that investor lending could rise by up to three percentage points in coming years, as the banks differentiate pricing and offset regulatory headwinds.

Former RBA board member, Professor Warwick McKibbin, warned that anyone who is currently highly leveraged and “working off capital gains rather than fundamental rental returns,” will face “a bit of a squeeze.”

“Ideally you wouldn’t be in this situation…but now that you’re here, it’s really going to have to be done very carefully,” he said. “It’s pretty clear interest rates are rising (globally).”

The banks have bigger reasons to tighten lending practices and consider independent rate rises as part of their overall lending strategy too. Namely, protecting their ass…ets.

According to research group Digital Finance Analytics, 22 per cent of households in this country are in “some degree” of mortgage stress.

The pain is worst in regional and outer suburban areas of course. However it’s NSW, where borrowers are most exposed to rising interest rates due to soaring house prices pushing up borrowing commitments, that’s of most concern.

In the last week, both Westpac and the NAB have increased home loan interest rates.

This coincides with warnings from McKibbin, who suggests an “adjustment” was looming and property prices could dive if highly leveraged borrowers came undone in the wake of rising borrowing costs, and suddenly jump ship.

McKibbin said the government’s distinct lack of action when it comes to structural reform around the finance sector in the last decade, and its reliance on the RBA to stimulate a sluggish post-GFC economy by systematically cutting interest rates, had placed the property market in a precarious position.

“It may be a smooth adjustment or it may be a panic: it depends very much on how the political process handles it,” he observed.

“But it does seem given on any realistic interest rates above where they are now…that the prices of houses in the Australian economy are excessive relative to the rates of return and risk that’s in the system.”

On the flipside, the National Australia Bank has cut its fixed rate offering for first homebuyers from 3.98 per cent to a record low 3.69 per cent for a two-year term.

Meanwhile, ING Direct, Australia’s largest lender outside of the Big 4 has reported that its home loan lending was growing faster than the market at 10 per cent each year, but was bucking the trend with 77 per cent of all loans written to owner-occupiers.

Many banks are also looking at ways to reduce their exposure to specific sectors of the market, considered to be less secure.

The Commonwealth Bank has revealed that it increased provisions in Western Australia last month, to buffer against losses as the proportion of borrowers falling behind on repayments rose to double the rate of the remainder of its $460 billion mortgage book.

Lenders are also visibly backing away from the booming inner city, east coast apartment sector due to worries about over-saturation of stock and ailing values.

And the beat goes on…

See what I mean by déjà vu? Is it all sounding familiar yet?

Regulators get nervous about a resultant surge in borrowing, potentially exposing the banking sector to excessive risk in a context of rising interest rates and highly leveraged property owners…

The banks play along, acting to increase interest rates and once again shift the borrowing goalposts for investors particularly, justifying their actions as a response to regulatory rumbling about macroprudential policy (whilst rubbing their hands in delight at the increased profits to come)…

In the meantime, the government sits back, watching from the sidelines and occasionally sending some type of enticement into the arena to keep buyers buying, renters renting and property chugging along to maintain the economic status quo.

Once again the message for investors is loud and clear. If you have a strategy, objectives and timeframes to which you’re working, alongside contingencies to allow for all these variables that keep replaying, you’ll survive the roller coaster ride.

Pay attention to the changes banks are making and the noise from regulators in particular. Moreso however, have your little ducks in a neat row. Have a watertight financial structure and don’t ever over leverage yourself into a repayment predicament.

This is a conversation we always have with clients. You need to be far more conservative in your number crunching and forecasting than current rates require, if you want to outlast what lies ahead. The potential risks are always real.

Macquarie analyst Victor German says, “While banks’ move to increase investor mortgage profitability is positive for earnings in the short term…it puts additional pressure on an already highly leveraged household sector. This, coupled with a rising global rates outlook, suggests the risk around investor portfolios appears to be increasing.”