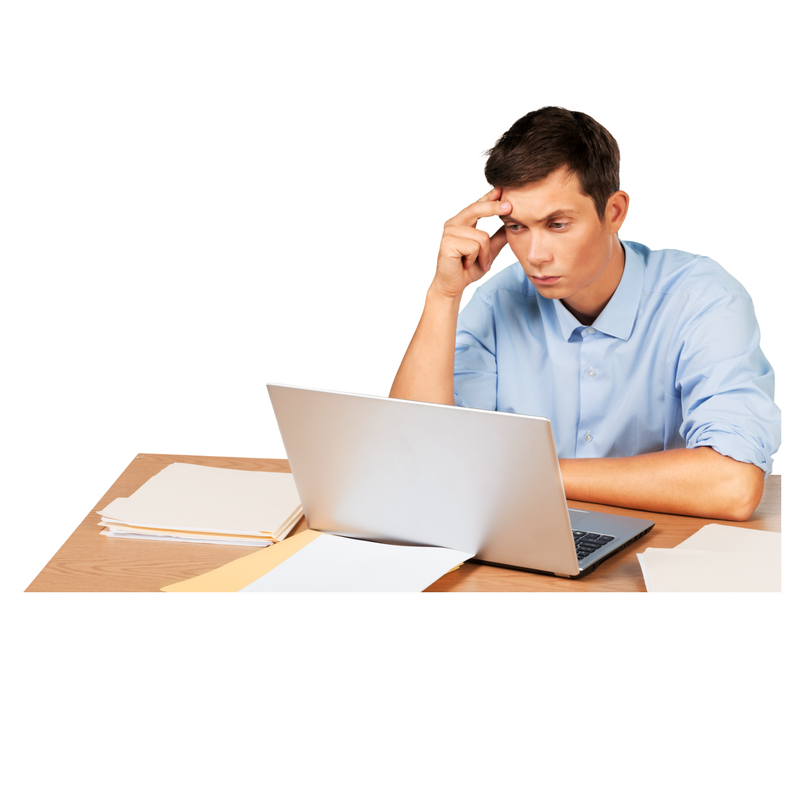 Some of us will be able to cast our minds back and recall with clarity that crazy decade, where bubble-gum jeans and big hair were all the rage and interest rates made it all the way up to 17 per cent, under a Hawke/Keating government.

By 1989, the Australian economy was undergoing a radical transition, from boom to bust. The “recession we had to have” resulted from a global downturn, alongside a newly deregulated finance industry where lenders were throwing out credit like the proverbial lollipop.

For Sale signs popped up with increasing prevalence in virtually every neighbourhood, as a string of mortgage defaults and bankruptcies stalled the property market.

At the time, the average Sydney house was selling for around $170,000 and average weekly wages were around $500. Since that time, real estate prices have increased by more than six times, while salaries have risen only 2.5 times.

In other words, the cost of home ownership (and living as well!) has risen dramatically beyond real wage growth.

According to social researcher and demographer Mark McCrindle, while earnings have gone up by almost tenfold on average since 1975 in Australia, house prices have increased by more than thirtyfold.

As is apparent in the below graph from a Reserve Bank of Australia Bulletin, the dwelling price-to-income ratio has increased significantly. Meaning it now costs relatively more to own a home, at the same time as we’re earning relatively less. 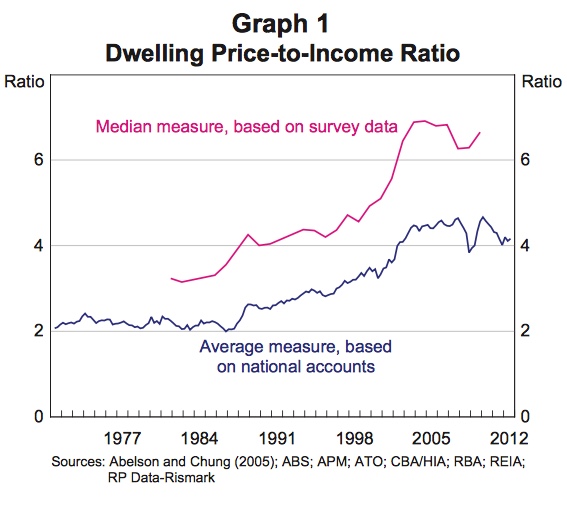 After its last meeting to determine the fate of interest rates, the Reserve Bank declared that, “Growth in household debt had been faster than that in household income.”

This came off the back of average house prices more than doubling across Sydney since 2009, largely driven by investors seeking to make hay for their retirement funds, while the sun shines on the local market.

Experts say affluent households, with a combined dual, annual income of $150,000 plus, are increasingly facing financial distress due to small deposits and hefty housing loans, secured in order to pay the huge asking prices for property across exclusive inner city Melbourne and Sydney neighbourhoods.

According to principal with consultancy Digital Finance Analytics (DFA) Martin North, over half of all NSW households have debt levels at 4.5 times income. And the national average reveals that just under half of all households are financing similar debt amounts.

“This is a big deal,” North says. “Especially in a rising interest rate environment. It means households have little wriggle room. Granted, many will be holding paper profits in property, which has risen significantly in recent years, but this does not help with servicing ongoing debt.”

According to Consumer Action, a federal government sponsored financial counselling centre, financial distress among property buyers has increased by 10 per cent over the last 12 months, despite the fact that we’re now enjoying the most prolonged run of our lowest official interest rates on record.

So why, in a period where the cash rate continues to remain ridiculously low, are more homeowners complaining that rising mortgage repayments are the primary reason they’re struggling to cover daily expenses in the family budget?

Well, with all of the intriguing happenings going on in the financial services sector, it comes down to lenders looking out for number one. The banks have all been upping their rates independently of the RBA for the past two years or so, citing a newfound need to toe the regulatory line and curb investor based borrowing, whilst conforming to stricter loan assessment guidelines.

Recently, we’ve seen some of the big lenders up their retail rates by as much as 0.7%, which comes on top of a fairly quick succession of rises since the beginning of last year.

The calm before the storm?

Interestingly, prior to ringing in all of these regulatory changes, the banks were not quite as delicate about their lending protocols as they now appear to be.

In fact an estimated $50 billion worth of mortgages, or the equivalent of around 5 per cent of all home loans, would now fail to pass most lenders’ newly revised underwriting criteria according to DFA.

Consumer Action says it’s already counselling hundreds of households struggling under the impacts of mortgage stress, but the numbers right now are just the “iceberg tip” of families who are struggling with high costs of living, the highest rate of underemployment since 1978, stagnant incomes and rising mortgage costs.

Many would-be homebuyers, aged between 25 to 34 years, believe they’ve missed the property ownership boat entirely, with plans to remain as long-term tenants. This represents a massive shift in our cultural psyche, and is reflective of our rising markets and subsequent affordability issues.

House price growth in Melbourne over the past 12 months for instance, is nearly 22 per cent more, or 10 times the official rate of inflation. Whilst in Canberra it’s more than six times the rate of inflation, and in Sydney five times.

Of course this buoyancy of bricks and mortar values isn’t occurring right across the board, with Darwin and Perth house prices falling at present. Hence, regulators are feeling understandably anxious about striking a balance between slowing certain runaway inner city sectors, but potentially over-correcting already static markets.

How much is too much?

How long is a piece of string? According to the Grattan Institute, the Reserve has indicated that a 200 basis point increase to the cash rate is conceivable in the future, should global economies keep pushing forward. This would mean a cash rate of 3.5 per cent.

“With interest rates across the globe at historic lows, the risk of an interest rate rise is real,” says Brendan Coates, a research fellow with the Grattan Institute, an independent think tank. “And because wages are not rising fast, households are burdened by big interest payments for much longer.

Coates says record low interest rates over the past three years have made it possible for households to service much larger mortgages, while they chase rising house prices. But the reality is, a 200 basis point cash rate rise would push the headline rate to about 7.25 per cent.

“Even a relatively small rise in interest rates paid by households would crimp their spending. Our research shows that if interest rates rise by just two percentage points, mortgage payments on a new home will take up more of a household’s income than at any time since the late 1980s.”

The take home message for homeowners and investors is to make sure you have sufficient cash buffers and contingencies in place to ensure that if (and when) interest rates start to rise, you’re still well within your serviceability means.

Current inflationary data suggests the RBA will continue to sit tight when they meet again tomorrow (as I write this article), so it appears we may still have some breathing space before rates start to creep up.

As such, it’s timely for investors to review their loan portfolio and for homeowners, to pay down as much extra mortgage debt as possible, in preparation for the inevitable turn. Other strategies to consider include fixing a portion of your debt, and of course reducing any unnecessary personal debt exposure.

Now more than ever, it will literally put money back in your pocket to have a professional mortgage broker revising the best possible strategies for your specific circumstances.

At times like these, you have two options – bury your head in the sand, or take proactive action and work through your finance strategy with someone who can shop the best possible deals for you.

Click here to take advantage of our complimentary offer of an, ‘on the house’ rate review. Let’s talk!