Would You Be Prepared For A Rate Rise Or Three? 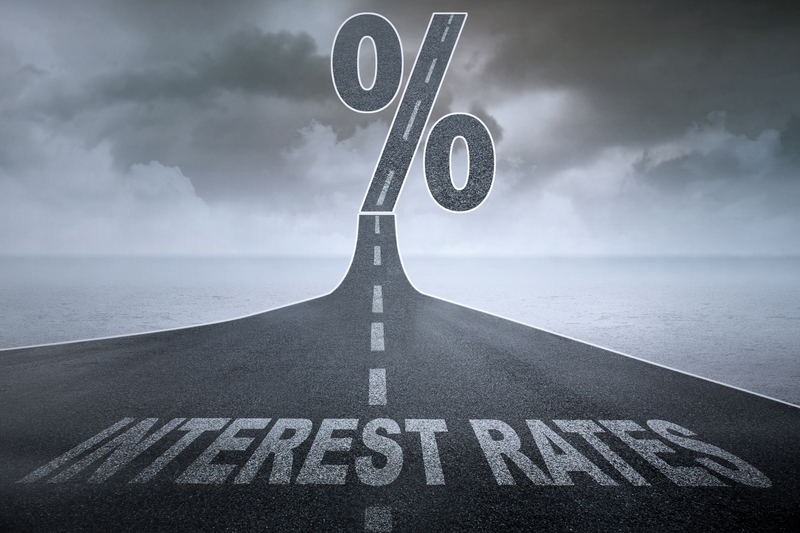 How well positioned are you to weather a rate rise? Could you manage an increase of say, 0.50 per cent on your current monthly mortgage repayments? Or does the thought of scrounging for more cashflow, on the already tight budgetary rope you walk, make you nervous?

If you fall into the latter category don’t worry, you’re not alone! Probably not much of a consolation I know, but a recent study from Digital Finance Analytics (DFA) suggests one in five Australians are teetering on the brink of forced acquisition of their homes. And all it would take is a teeny, half a percentage increase.

Say what?
When you consider Australia’s population was estimated to be 24,337,561 at time of writing, it’s kind of mind blowing to think that our collective housing market is worth a cool $6.2 trillion.

Not surprisingly, a large amount of growth in Sydney and Melbourne particularly, has stemmed from two primary catalysts, being ongoing (global) low interest rates and a subsequently hyperactive, local and overseas investor driven market.

Principal of DFA Martin North, said that whilst the findings from their survey of 26,000 Australian households were concerning, they were hardly surprising.

“Property prices are rising and interest rates are very low, which means they are prepared to stretch as far as they can to get into the market.”

Of course these types of cyclical ups, followed by periods of lesser prosperity in property, are nothing new. We’ve survived a few of them before.

A slight difference
This time however, according to North (and others), we’re lacking one thing essential to surviving a slower market and rising interest rates…higher wages.

“If you go back to 2005, before the GFC, people got out of jail because their incomes grew a lot faster than house prices, and therefore mortgage costs. But the trouble is that this time around we are not seeing any evidence of real momentum in income growth.”

In other words, it won’t be wage rises that bail us out this time around. So for those households existing on the precipice, what are the consequences?

According to the latest Wage Price Index from the ABS, Australia’s wage growth was the slowest on record in the three months to September 2016, meaning our debt-to-income ratio is now through the roof.

AMP’s latest Income and Wealth report revealed the household debt to disposable income ratio has almost tripled since 1988, from 64 per cent to a staggering 185 per cent.

Of course this leaves a number of Australians highly exposed to any type of unfavourable financial change in circumstances. Especially when it comes to property.

Livin’ on the edge
The most vulnerable demographic, according to the DFA, is young, affluent homeowners, of whom 70 per cent would struggle with a 0.5 per cent or more rate rise.

Should rates revert back by 3 full points to the long-term average of 7 per cent, its estimated that nine in ten of these cashed up Gen Y’s would feel some fiscal pressure.

“It is not necessarily the ones you think would be caught,” said North. “And that’s because they are actually more able to get the bigger mortgage because they’ve got the bigger income to support it.

“They are not used to handling tight budgets and watching every dollar.”

It might not seem that cashed up young homeowners with many active working years left could find themselves in sufficient trouble to tip the fortunes of our markets all that much. But North argues we would see a flow on effect in the broader economy, particularly in the retail sector.

In an interview with news.com.au, North said, “The banks tend to focus in on what they feel are the lower risk segments and the young affluent sector has actually been quite a target for the lending community in the last 18 months.

“Be that investment properties or first time owner-occupied properties, my point is there is more risk in that particular sector than perhaps the industry recognises.”

Another problem North sees coming back to bite many young homeowners is the rising trend in borrowing from the Bank of Mum and Dad.

“The other thing that I have discovered in my default analysis is that those who have got help from the ‘Bank of Mum and dad’ to buy their first property are nearly twice as likely to end up in difficulty. It potentially opens them to more risk later because they haven’t had the discipline of saving.”

Is there a solution?
North contends that lenders are still not tough enough on their approach to gathering information and assessing home loan applicants. But says banks won’t hesitate to further increase retail rates, independent of anything the Reserve Bank may or may not do.

“If you have got a lot of people in the one area struggling with the same situation, you might see property prices begin to slip,” warns North. “If we get the property price slip, and we get unemployment rising and interest rates rising at the same time, we have that perfect storm which would create quite a significant wave of difficulty.

“We need to be thinking now about how to deal with higher interest rates down the track. We can’t just say it will be fine because it won’t be.”

With many analysts predicting rate rises instigated by lenders over the next few months, due to higher funding costs and further regulatory intervention in the financial services sector, now is as good a time as any to consider your financial position.

If you would like assistance working through the numbers and shoring up cashflow, why not connect with the experienced team of brokers here at Trilogy Funding? We can review your financial portfolio and advise any potential changes to make your asset base as safe as houses.