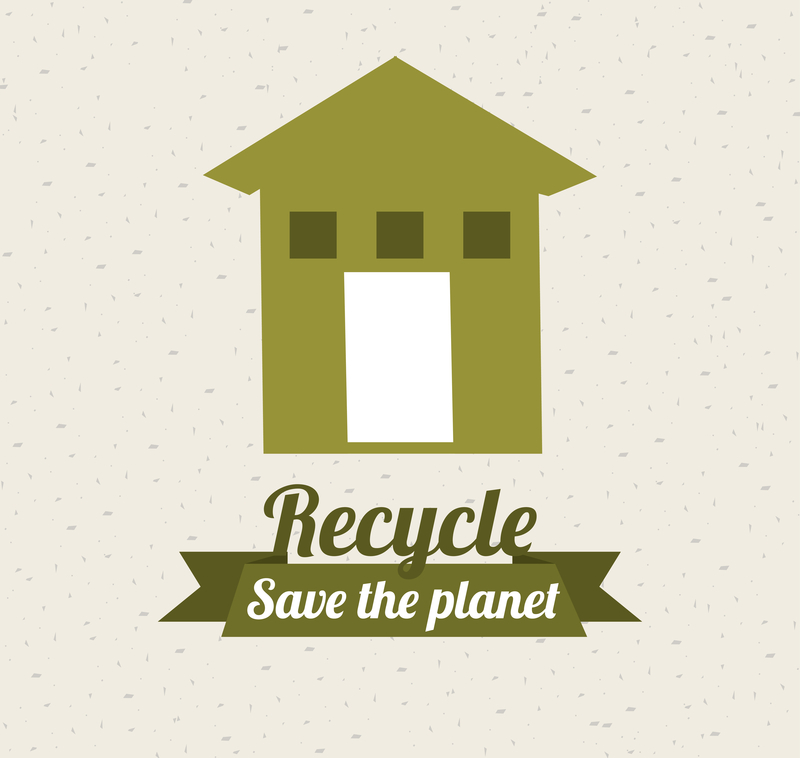 According to Building Activity reports from the Australian Bureau of Statistics over 2015, Aussies are making an estimated $1.9 million worth of alterations and additions to residential dwellings every quarter.

Recently we considered the average cost of renovating or remodeling an existing property – whether an investment or your own home – and asked whether you might be paying too much.

That got me thinking…what is the unseen on-cost that occurs as a result of all those DIY jobs so many of us like to get out and do on a weekend?

By on-cost, at the risk of sounding like a ‘tree hugging hippy’, I mean the impact we have on our environment with the consumption of new building materials and the dumping of those we no longer need or want.

Further, is there an opportunity cost that we’re failing to identify when we simply toss out the old kitchen and bathroom hardware in order to fit the shiny, new stuff in?

Next time you think about taking a sledgehammer to a wall, or updating curtains and carpets, it might be wise to think of ways you can reduce, reuse and recycle.

Not only will you be diminishing your carbon footprint by repurposing those items you no longer require and shopping for secondhand goods to use in your rental premises, you’ll also have the potential to save money and make more of it, all at the same time.

So let’s get a little bit green, as we explore 5 reasons to find another use for your renovation rubble…

It might be your trash, but to another, it could be a real treasure. Salvage yards and charity run opportunity shops are a growing concern for good reason.

We live in a throwaway society and soft furnishings (or hard ones for the matter) are no exception.

You might think that orange shagpile is tired and outdated, but the retro enthusiast could see it as an invaluable addition to his or her ‘crash pad’.

The point is…it’s all perspective. So pause for a moment before you just toss out the old and ask yourself, is it still usable and would someone else perhaps appreciate it?

While too many period homes have unfortunately disappeared to make way for shiny new high-rise builds, those left standing can be ripe for renovation and reap generous returns when restored.

Some modernisation is generally required to make these homes more accommodating to our twenty first century way of life. But it’s a shame to see history demolished entirely.

If you find yourself in the fortunate position of modernising a period home, make the extra effort to save any original features like cornices, ceiling roses, window sashes, fire surrounds and architraves.

Not only will you be preserving a piece of our housing past, you can also make a pretty penny as these items can be highly prized (and paid for) secondhand building materials.

According to the 2010 report from the ABS, Measures of Australia’s Progress, between 1996-97 and 2006-07 the volume of waste produced per person in Australia grew at an average annual rate of 5.4 per cent.

Interestingly, the report – from six years ago I might add when consumerism wasn’t quite so readily available (and virulent) online – says international evidence suggests that economic growth contributes to growth in waste. Der…more money means more ‘buying of the stuff’.

It states, “Australia’s economic prosperity over the past couple of decades has contributed to the growing generation of waste. Australians are among the highest users of new technology, and waste from obsolete electronic goods (e-waste) is one of the fastest growing types of waste (ABS 2006).”

The more we can salvage and save by way of building materials, the less waste we contribute to the planet. Enough said.

If I’m not tugging at your tree hugging heartstrings yet, maybe I can appeal to your purse strings instead.

In property it’s a well-known fact that the less there is of a thing and the more people want that thing, the higher its value in the marketplace. The same can be said for building materials from bygone eras.

It doesn’t even have to be that old…have you noticed the eighties trying to re-emerge recently?

But older oddities, of course command a higher price tag. A quick glimpse on EBay for instance reveals ‘original period’ fireplace surrounds going out at around $300 to $500.

That might not seem too significant, but if you add things like hardwood doors, retro or period furnishings and other items in high demand among vintage lovers, you might manage to knock thousands off your renovation bill.

Remember, any savings made on refurbishments spells better short and long term gains.

While we all like shiny new things, particularly if they come as a high tech gadget that promises to make our lives easier, secondhand salvaging is fast becoming a trendy way to rejuvenate your home.

Thanks largely to reality TV shows that glamorise the notion of creative home makeovers on tight budgets, sourcing quality ‘junk’ and looking beyond the new has become quite ‘hip’ these days.

Who knows…salvaging your own ‘junk’ from a renovation project can mean the opportunity to connect with a network of secondhand sellers, meaning you could find your own ‘used’ treasures. You’ll be saving money, while you make it. Now I ask, does it get any better than that as an investor?