Are Property Investors About To Hit A Big Dip On The Rental Roller Coaster? 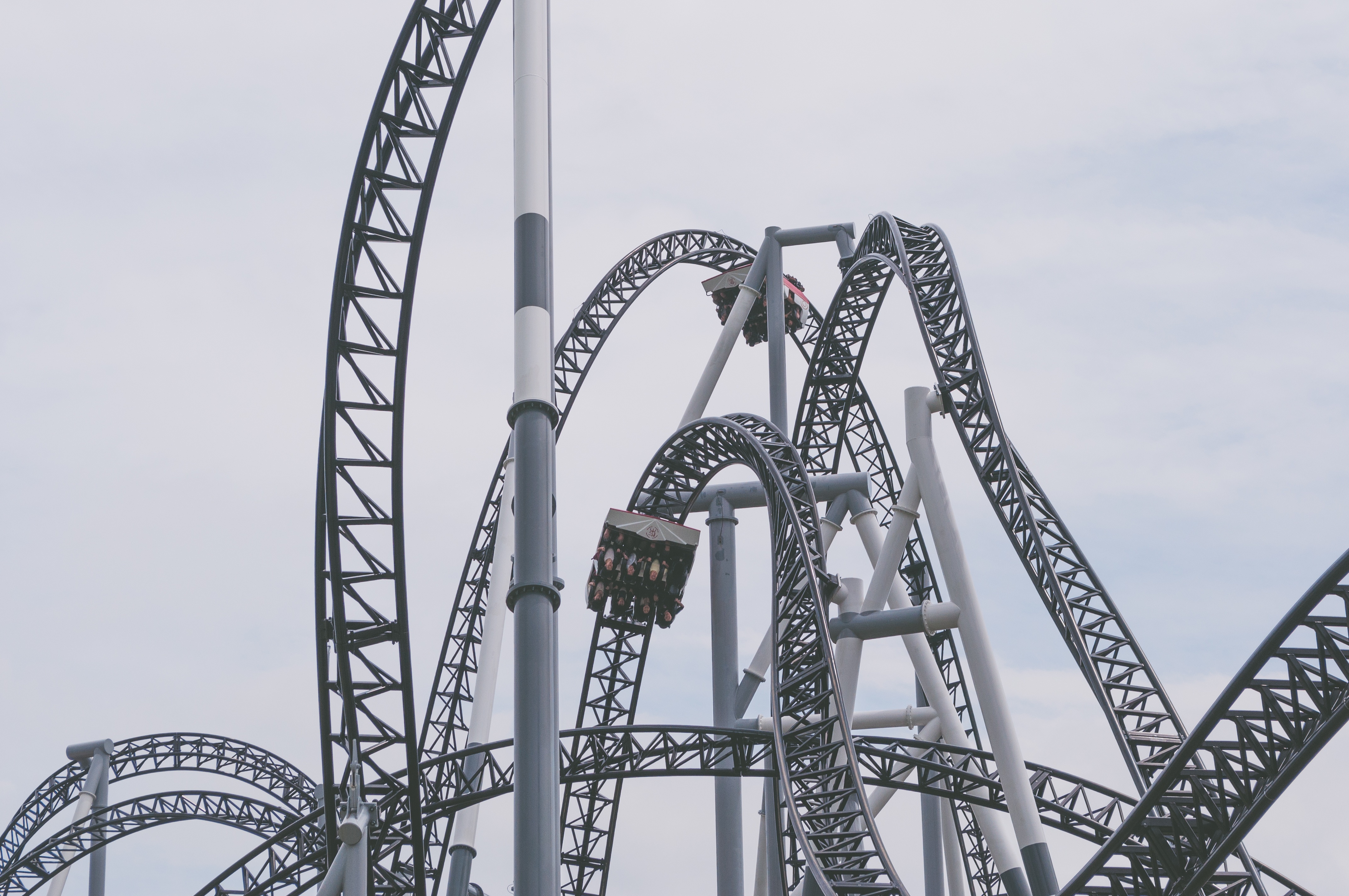 Australian property investors have been relatively fortunate when it comes to our residential rental markets…unless of course, you bought into a speculative mining region that’s no longer sustaining much human life.

While there have been a few supply/demand ups and downs and some fluctuating vacancy rates, most landlords have enjoyed the luxury of being quite selective about who resides in their asset, and opportunities to impose annual rent increases and maintain a consistent cashflow.

The rise and fall of rental markets

Exploring what has gone before can be a good way to understand where trends might be heading when it comes to the broader housing sector.

When you look at the below graph from the ABS Consumer Price Index, it’s apparent that the fundamental nature of supply and demand, which underlies the behaviours of property values, also causes various ebbs and flows in rental prices. 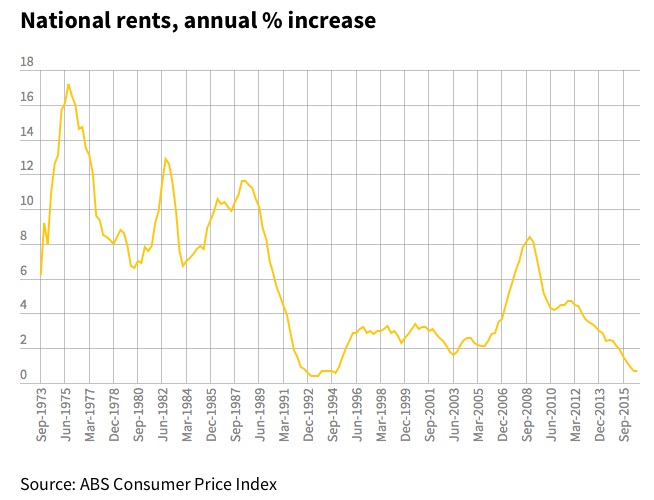 The graph depicts rental increases over the last three decades. That is, the average annual price hike property investors can impose on tenants based on how tightly held the market is at any given time.

Interestingly, after a prolonged slump off the back of our early 1990s recession, rent increases remained at or around the 2 to 3 per cent per annum mark up until the end of 2006.

This represents a period of intense investment activity in the housing markets, when concessions on capital gains tax encouraged more punters into the property game.

As buyer demand rose, developers saw an opportunity and cranked up the construction of new dwellings, further adding to a plethora of new accommodation alternatives. In other words, tenants had more choice and more power.

By 2007 however, the excess supply had run dry, as population growth surged off the back of increased migration and most newcomers elected to settle in and around the urban neighbourhoods of our big cities.

Suddenly there were reports of people queuing in suburban streets to inspect a decreasing number of accommodation options, and dodgy ‘off the book’ bidding wars among rental applicants desperate to secure housing.

Now though, as tends to happen in real estate, the pendulum has once again swung back in favour of tenants.

According to the Reserve Bank’s latest monetary policy statement, rents are currently rising at their slowest annual pace in almost two decades. Coincidentally, it was noted in the same RBA report that the collective value of new building approvals has just reached a record share of GDP.

Perth’s ailing housing market has once again been hardest hit, with the demise of the mining sector and agonisingly slow population growth stifling rental demand.

Then there’s the new ‘history making’ apartment construction boom currently underway across Melbourne and Brisbane, which many believe is creating a saturation of rental stock and in turn, driving up vacancy rates across both cities.

And it doesn’t help that the supply pipeline is showing few signs of slowing anytime soon, with a continual flow of buyer interest from both home and abroad spurred on by ongoing low interest rates.

“Further increases in housing supply over coming years is expected to result in a protracted period of low rent inflation,” according to the Reserve.

The ABS recently reported that rents increased nationally by just 0.7 per cent over the year to the September quarter, suggesting a slow down comparable to that of the early 1990s.

In Sydney, the NSW Tenant’s Union has collated data based on a survey of rental bonds lodged, which shows the average rental price rose by 5 per cent over the past 12 months and just 3 per cent for the rest of NSW.

Tenants have ‘the hand’

According to Core Logic’s head of research Cameron Kusher, “Renters are now in a much better position to negotiate. As long as wages growth continues to stagnate, coupled with historically high levels of new dwelling construction and slowing population growth, landlords won’t have much scope to increase rents.”

That’s not to say there are properties out there going for a song, with rents continuing to track at historic highs. It’s just that supply is quickly catching up with demand.

Other trends seemingly here for the long haul are also likely contributing to this current rental growth slowdown. Intense interest from overseas investors in the new apartment market and the rise of the ‘rentvester’ are two that come to mind.

Of course the silver lining for many investors is that yields are still relatively healthy at this time, when you consider the record low monthly interest repayments many are making.

But it’s always a good idea to review your property management strategy, and determine if you’re squeezing every possible dollar out of all cashflow opportunities…rental income included.