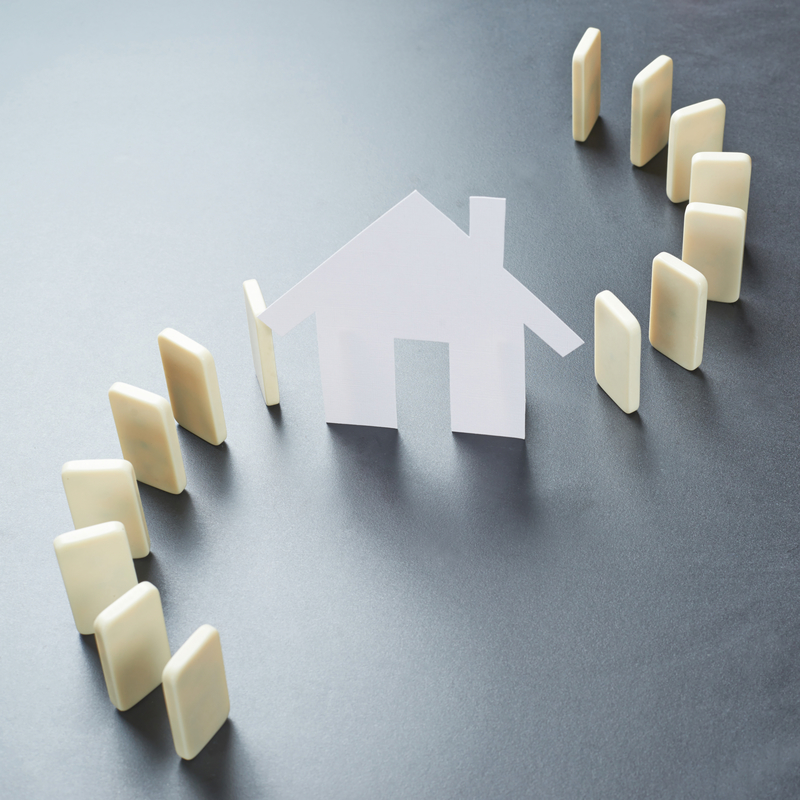 Residential real estate is generally considered a relatively low risk investment vehicle when you weigh up the potential pitfalls against, say, trading stocks. But what happens when this widely held ‘safe as houses’ perception, sees a deluge of investors from right across the globe suddenly want a piece of the action?

For years now, policymakers and regulators have been battling a series of transitions that have culminated in the perfect property investment storm.

Economically, politically and even socially, our current world looks very different than it did just two decades ago. Most notably, right across the globe, money is being exchanged and manipulated within a very different context.

Low interest rates have of course, played a big part in this historic fiscal transition. They’re really just a symptom though, of a broader power shift that’s been happening for the past decade, when the US infamously slipped from its ‘holier than thou’ pedestal. And hasn’t it been a monumental fall from grace?

This is, of course, the very broad picture perspective of an infinitely complex ‘economic evolution’ if you like. Here at home, it’s created a climate where property investment is once again ‘the new black’.

A real estate asset is a must have accessory. If you can’t mention at least one rental property at your next dinner party, what have you been doing? Haven’t you noticed housing credit is going begging these days?

‘And you can’t rely on super or a pension anymore sweetie!’

People are understandably nervous and when people get nervous, they seek solace in what they know best. For those with equity – pretty much anyone (aside from the speculators) who’s owned a home for the last decade or more – housing has been the obvious comfort zone.

As more of us watched our elderly parents struggle to survive on a dwindling aged pension and measly super income when they got the ‘golden handshake’, we’ve determined to take our retirement destiny into our own hands.

The issue is, it’s not just locals concerned for their financial future who fancy a tipple in Australia’s hotter property investment markets. There’s still a lot of interest from across the waters.

Low interest rates, cashed up Asian buyers looking to bank some money in our new housing builds, and a market that continues to steadily pay dividends to owners in the form of useable equity, are all working against regulators right now. Not to mention the ever-glossy appeal of negative gearing.

The monetary policymakers, who are trying to keep Australia’s Titanic property ship from meeting an untimely demise, must be feeling the pressure right about now.

So, has this new wave of investment interest changed the composition of housing as a commodity? Has it made the humble home more about dollars and cents than that sense of place we all crave? And if so, what might that mean?

Well, for a start, it could conceivably mean that real estate will become an increasingly riskier proposition than it has been in our past, when we were far more interested in home ownership than housing investor status.

Consider the new wave of ‘rentvesters’, who continue to pay their landlord’s mortgage, yet become property owners themselves and collect rent from a tenant.

The rate of home ownership in Australia is already on the decline. According to ABS data, the highest point of home ownership was 71.40 per cent in 1966. By 2011, 45 short years later, this had decreased to 67 per cent.

The question of greater risk within our property sector has obviously been weighing on the minds of large money managers of late.

A report in Bloomberg told of a recent move by Perpetual Ltd to reduce its real estate debt investments to the lowest level since just prior to the GFC.

Head of fixed income for Perpetual, Vivek Prabhu, has cut the fund’s debt holdings of Aussie real estate investment trusts to 2.9 per cent of it’s A$926.4 million Wholesale Diversified Income Fund, down from a 2014 peak of 14.8 per cent.

“Looking at the property cycle – both the residential and commercial – we’re probably closer to the top than to the bottom,” Prabhu said in an interview.

“The risks are increasing but the compensation for that risk, or the credit spread, hasn’t really moved out.”

With prices anticipated to continue climbing into 2017, off the back of our fastest rate of overall growth for housing markets in seven years for 2016, many analysts are suggesting we’re heading toward a tipping point of sorts.

According to a January report from Fitch Ratings, household debt levels are continuing to rise, putting borrowers at greater risk if and when interest rates start to climb again. And loan delinquencies are increasing across states traditionally reliant on the resources sector, Queensland and WA.

“In a rising rate environment where all asset classes ere inflated by falling rates, the property sector is one that comes to mind as being exposed,” said Prabhu.

Yet again, property investors have become the primary scapegoats for a renewed surge in home loan activity.

Just as reports started to emerge of a sector slowdown, recent data showed the overall value of lending rose 2.2 per cent for the month of November to $33.2 billion. Of that figure, investor loans consisted of $13.27 billion or around 40 per cent.

When you drill down further however, and exclude refinancing loans, property investors account for around half of all issued loans, in a notable upward trend.

Deutsche Bank economist Phil Odonaghoe wrote in a note recently that this market activity revival is unwelcome news for policymakers.

“Further evidence here of the resurgence in housing market activity apparent through 2016, and we suspect that the RBA will not be entirely comfortable with the strength in investor activity in particular. It remains to be seen whether this resurgence extends into 2017.”

CommSec’s senior economist Savanth Sebastian has also been penning notes of caution, suggesting the housing market is set to be a continuing concern well into this year.

“Couple it with the lift in home prices in the latter part of last year and it suggests that the housing landscape may continue to cause policymakers a little bit of angst over 2017,” Sebastian said.

“If home prices continue to lift, with growth largely driven by investor loans, regulators may look at further restrictions to curb lending.”

Of course, local investors actively partaking of the property goodies currently on offer are not the only ones creating headaches for those trying to maintain a ‘steady as she goes’ economy.

Chinese buyers looking to park their newfound wealth somewhere slightly safer than their own shaky local banking sector, continue to descend on Sydney and Melbourne in their droves. And this mass money exodus from Asia only looks as though it will speed up over 2017.

What a time to be alive, hey? And what a time to be attempting to maintain some semblance of balance in markets and economies that are perpetually shifting. I don’t envy our financial sector regulators right now.