Should I invest in a house or apartment? 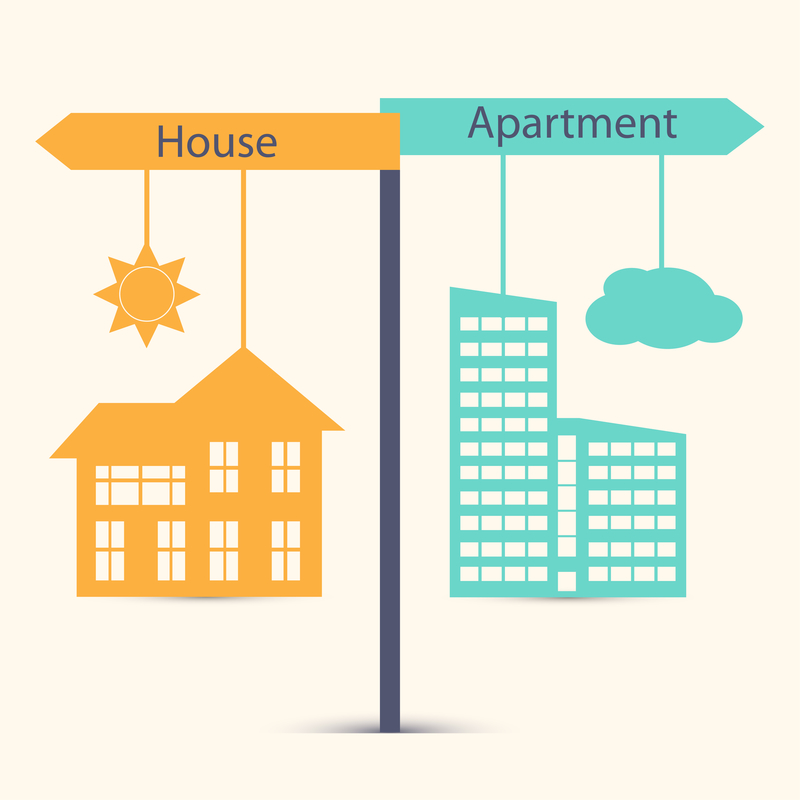 When people start out as property investors, there are generally a few common questions they have regarding direction. One of them is, to buy a house or an apartment?

Ask the vast majority of beginning investors who are on the precipice of their first acquisition, and they’ll most likely believe that a detached dwelling offers more scope for profitability.

Often, they’re under the false impression that bigger is better, particularly if they’ve heard somewhere that it’s the land component of a property that increases in value, while the actual building depreciates over time.

While this statement is true, it must be understood in context. The context being…not all land is created equal.

Hence, acreage out in a remote, rural location with a large detached home won’t necessarily be worth as much as a two bedroom flat in a popular inner urban neighbourhood nestled among twenty other dwellings.

Why? Well, because more people want the land that there is less of. More of us aspire to live close to city hubs where employment is bountiful, yet developable land is scarce.

Start at the beginning
Before you ask house or apartment, you really need to work out the location in which you’ll be buying.

Going by historical data, there are clear patterns of greater than average growth rates achieved far more consistently across inner city suburbs over the longer term.

Hence, these and neighbouring postcodes are often the most abundant with opportunity for an investment portfolio that relies on both significant growth and good, sustainable cashflow.

And the reason these areas are so reliable? Because of consistent demand from both tenants and owner-occupiers.

As such, when it comes to location, whether a house or apartment will make the better investment option largely depends on the market you’re buying into and the dominant demographic of buyer and tenant you need to cater for.

This is demonstrated by data collated by CoreLogic from the five years between February 2010 and February 2015, which shows clear distinctions between the gains made in Australia’s capital city housing markets, compared with our capital city unit markets. 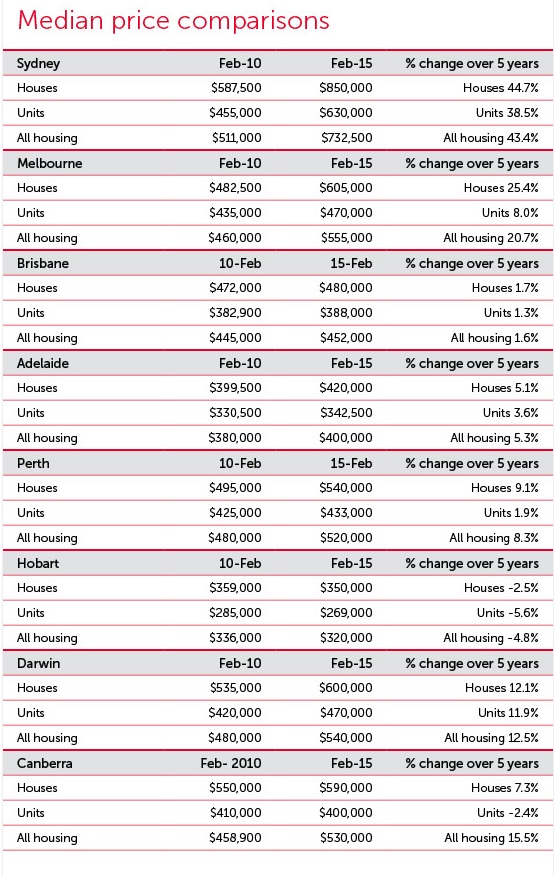 In Sydney, Melbourne, Perth and Canberra, houses significantly outperformed units when it came to median price growth over the five-year period. While in Brisbane, Adelaide, Hobart and Darwin, the gains for both dwelling types were relatively comparable.

Of course when you drill down further, you start to uncover why different markets have demonstrated different patterns of growth between houses and apartments.

In Sydney and Melbourne for instance, apartment prices have been somewhat subdued by an ongoing high-density construction boom that’s seen an increase in stock supplies.

On the flipside, houses are becoming an increasingly rare commodity due to all of the development activity. Now though, the problem is less purchasers have the capacity to buy an inner city detached dwelling.

So could we see the reverse start to occur in Sydney and Melbourne, as more units are taken up by tenants and owner-occupiers attracted to comparably affordable, entry-level prices in the apartment sector?

Really, this is the only logical solution to the affordability issues faced by today’s purchasers in the property game…unless you look at heading further afield to buy, where price growth is traditionally lower and hence, not ideal for long term wealth creation.

Give me land, a slice of land…
…As long as it’s somewhere with a high degree of scarcity, compared to the ratio of buyers sniffing around. This is a common sense approach to determining a housing asset’s potential future performance.

Compare the developer’s paradise…land to be cut up and built on as far as the eye can see in outer suburban greenbelts, to a small inner city block where tight development restrictions make any patch of land a more valuable proposition.

Even divvied up between 12 apartments, the latter opportunity is a far better prospect for stronger capital growth and consistent yields.

This scarcity and inability to manufacture additional land, coupled with ongoing demand from homebuyers and tenants seeking a crash pad close to infrastructure and employment, underpins property values.

Times are changing as a significant generational shift occurs however, with more baby boomer downsizers and young, career oriented Gen Y’s and Millennials seeking the convenience and affordability of smaller digs, closer to the action.

Inner city apartment living has come into its own in the last twenty or so years, as more people embrace what was once perceived as a lifestyle for the ‘under-classes’.

Now a greater number of residents are looking for ‘walkable’ destinations, where the car can be left at home in favour of catching a bus, tram or train, or even biking or walking to all of the leisure, shopping and work opportunities on your doorstep.

For most buyers however, detached dwellings in these sought after inner city enclaves are simply unattainable, commanding million dollar plus price tags.

Be selective
Of course, as with anything to do with property, you always need to be considered in the type of house or apartment you decide to invest in. First and foremost, it should have broad appeal and again, you want something that ideally, isn’t easily replicable but is highly desired.

Little boxes made of ticky-tacky that claim ownership of maybe 0.5 per cent of the land that the residential tower in which they’re located looms forth from, are best avoided. These generally come as OTP propositions and can take many years to yield decent growth.

Whereas well positioned, established apartments in boutique complexes offer an affordable opportunity to add a good all-rounder to your portfolio…when you can’t afford the million-dollar house with the million dollar views!