Warnings Of A Global Property Crash. How Would Australia Fare? 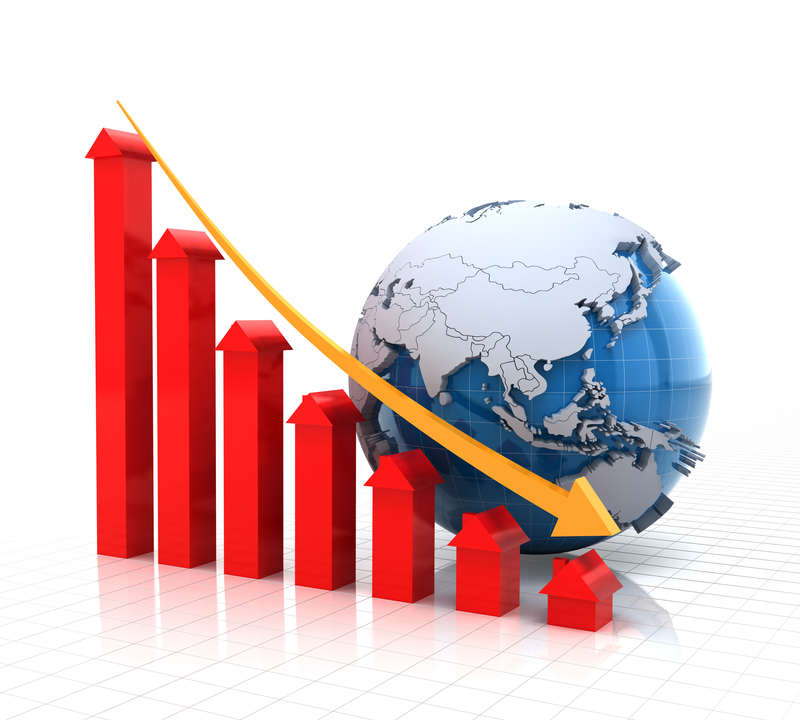 While the world continues on in a seemingly perpetual state of constant rocks and rolls, where down seems to be up and up seems to be down and nothing quite makes sense, the alarm bells are once again ringing…ringing in a new year with increased speculation of a global property price correction.

The Organisation for Economic Co-operation and Development (OECD) is carefully monitoring the state of play across a number of world residential and commercial real estate markets, where prices suggest impending instability. 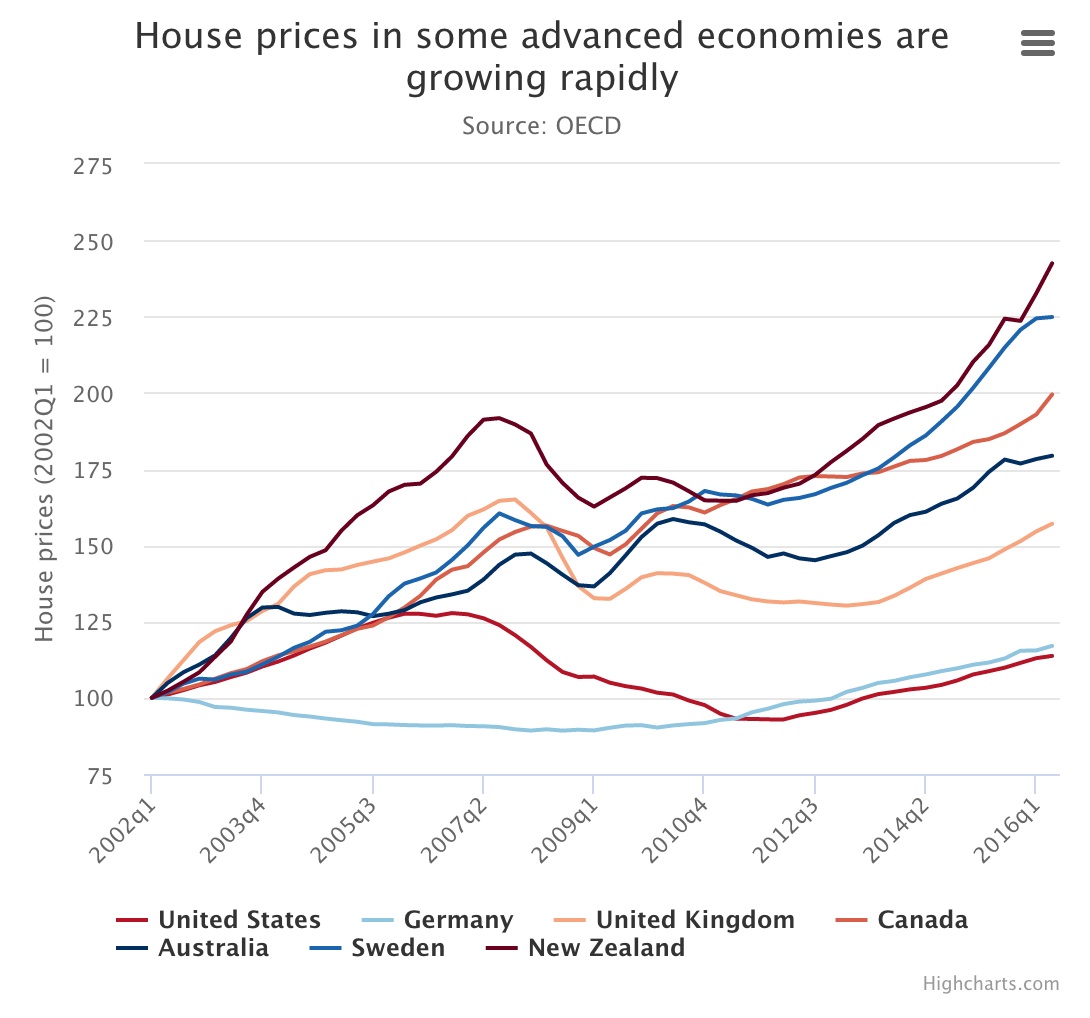 As depicted in the above graph, the top 5 nations red flagged by the OECD include New Zealand, Sweden, Canada, Australia and the UK.

OECD chief economist Catherine Mann said they were analysing “vulnerabilities in asset markets”, due to whispers of higher inflation and concerns regarding potentially diverging monetary policies across the next year and beyond.

London is an interesting market to watch, as much of the activity that’s occurred in recent times has strongly reflected the property mania we’ve seen across Sydney and Melbourne in particular.

There’s been a lot of high-rise residential construction occurring in and around the English capital, many are being locked out of the playing field by ongoing affordability issues, and overseas investors are having a field day snapping up new housing stock. Sound familiar?

And while we had regulatory intervention in the form of changes to borrowing practices slowing the breakneck trajectory of price growth in ‘high risk’ markets last year, the UK had the well-timed Brexit fiasco.

In August last year, reports from London based estate agent Haart showed a £30,000 decline in average property prices, as people tried to deal with the economic shock of the UK’s controversial vote to leave the European Union.

“What’s interesting in terms of the implications for the UK economy is who bears the burden – who bears the adjustment cost. If it’s a non-resident then lower house prices could actually be good for the UK.”

Of course many observers would suggest the same for Australia’s real estate market. That we are in need of a slight slowdown and perhaps even a minor adjustment if things are to continue on an even keel.

The Times conducted a survey of well-regarded economists at the end of last year, asking their forecasts for London housing markets into 2017. Out of the 39 who responded, 22 said prices will either flat-line or fall.

Two respondents, former member of the Bank of England’s monetary policy committee, DeAnne Julius and chairman of Lombard Street Research, Charles Dumas, predicted corrections of up to 10 per cent.

And the outlook is equally pessimistic. Here though, it’s not just the OECD with its knickers in a twist about unsustainable price movements, as global bank HSBC talks up the potential for a bursting bubble.

At the beginning of last year, HSBC economist James Pomeroy said that the Swedish economy doesn’t need any further stimulus, given it’s the fastest growing in the developed world, with average house prices accelerating at 18 per cent per annum.

He suggested however, that monetary policymaker Risbank would continue to ease official rates given the state of low global inflation.

“Should the housing market roll over at any point in 2016 (or 2017) the impact on the economy would be severe,” Pomeroy cautioned at the time. “Estimates from the National Institute of Economic Research suggest that a 20% fall in house prices would lead to a recession-like impact on consumption and unemployment, with a smaller fall still having severe economic consequences.”

Fast forward a year later and the official cash rate in Sweden is now -0.50 per cent, with the nation’s housing market scored at the highest danger level of 2.2 by the European Systemic Risk Board. But of course, the collapse hasn’t come.

Where do we stand?

Recent research from CoreLogic indicates that even though there’s been a lot of talk about a slowdown in activity for our markets last year, capital city house prices nevertheless grew at their fastest pace in seven years.

In Sydney, average prices have increased by 97.5 per cent since January 2009, while in Melbourne they’ve gone up by 83.5 per cent for the same period.

The interesting thing about this ongoing property crash speculation is that it’s been virtually incessant since the world started clawing its way back from the 2008 GFC. Yet here we are, still waiting for the most significant housing holocaust in history.

Are we heading towards our own downfall by continuing to actively participate in the real estate market? It’s difficult to say. Maybe we are. But what’s the alternative?

We all need a roof over our heads. And with so much uncertainty in every other financial market right now, many of us have decided there’s no other investment option that’s quite as safe as houses.