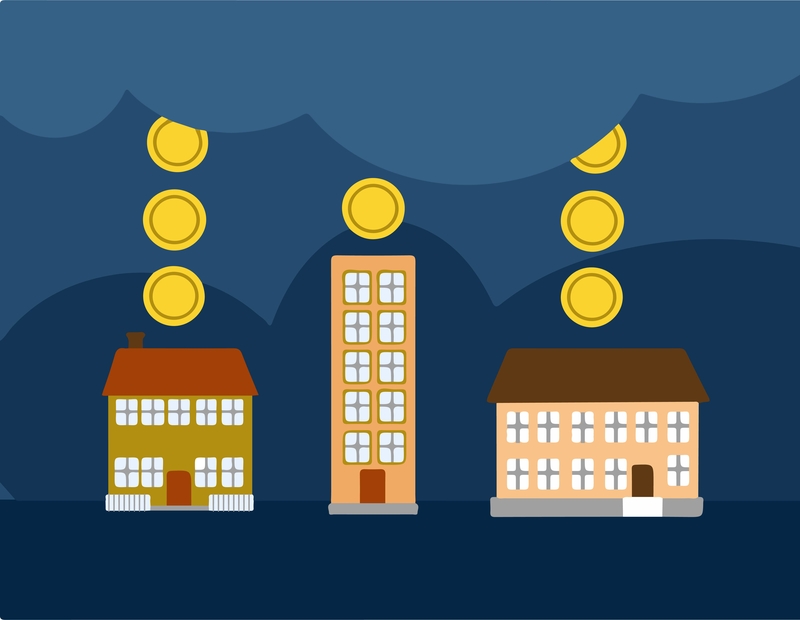 When people talk property bubbles, most of the conjecture as to when, where and why surrounds the much maligned new apartment sector.

And when you consider the breakneck, rapid-fire increase in high-rise construction activity across some of our larger cities in recent times (most notably Melbourne and Sydney), it’s not difficult to see why experts are concerned.

According to Commonwealth Bank’s Property Insights Report published at the end of last year, Australia is experiencing its most significant apartment boom to date, with an estimated 80,000 apartments currently underway and a further 117,000 approved or in the off the plan market.

Not surprisingly, Melbourne is leading the high-density development charge, accounting for almost half of all apartment construction activity across the nation at a whopping 46 per cent.

Much like the last new apartment surge earlier this century, developers have been attracted to Melbourne this time ‘round for its strong history of decent inner city housing price growth, and cheaper land prices than those found in and around the Sydney CBD.

Plus, Melbourne has the infrastructure and amenity to support a growing, centralised population, including extensive public transport networks.

These qualities make the market increasingly attractive to construction consortiums, with an estimated 70 per cent (86,000) of all apartments currently going up or proposed across metropolitan Melbourne, located in inner areas.

Melbourne CBD itself has the highest concentration (25%) of apartments set to trickle from the dwelling pipeline over coming months, with 31,000 ‘little boxes made of ticky tacky’ planned for construction.

Aside from cheaper credit making housing construction all the more affordable, talk of accommodation undersupplies and exponential population growth has also proved enticing to the slew of developers heading ‘Downunder’.

The problem though, according to CommBank’s report, is that today’s population growth rates are not quite consistent enough to ensure ongoing market demand as more of these newly constructed apartments come online.

“Over the last decade, population growth virtually doubled, with the growth rate now ranging between 300,000 to 450,000 people annually,” the report states.

“But growth has also been more volatile, driven by factors such as the Global Financial Crisis and changing labour needs in the mining industry.”

In the 12 months to March 2015 for instance, population growth slowed to 316,000 nationally and has been continuing on a slight downward trend. And since 2004, the correlation between population growth and annual dwelling completions has also declined.

Of course if slowing population growth and arguably less buyer activity at this stage of the property cycle isn’t enough to make new apartment investors nervous, there’s always the tightening restrictions on investment funds from banks and authorities, just to add another interesting element to the mix.

Low interest rates are very little help if you can’t access the capital required to settle your OTP apartment that you signed a contract on 18 months ago.

What does it mean for OTP apartment purchasers?

Restrictions to finance and new tax laws governing property investment in Australia by overseas interests will no doubt hit the new apartment market harder than for established real estate.

This is because some investors may find themselves in the very difficult position of not being able to obtain the necessary finance in order to complete on their purchase…to which they’re already legally bound by contract.

Then there’s the high concentration of apartment completions set to sweep Melbourne and Brisbane all at once, meaning a saturation of stock at some stage (say that fast ten times!).

Consequently, both cities are expected to experience rising vacancy rates and reduced rental yields, which could cause a heightened settlement risk due to downward price pressures.

Some industry commentators feel continued demand from foreign buyers will keep the apartment sector from imploding. But it’s wise for investors to remember that not all apartment markets will remain unscathed and, as with all real estate sectors, certain properties will perform better than others.

Ultimately, two overriding factors will threaten the stability of a suburb’s housing values where new apartments are becoming increasingly abundant:

The take home message for property investors is, as always, to exercise caution if you happen to be considering an apartment acquisition. Not all apartments are created equal. And this is especially true for new high-rise builds.