Are You Part Of The Property Bubble Problem? 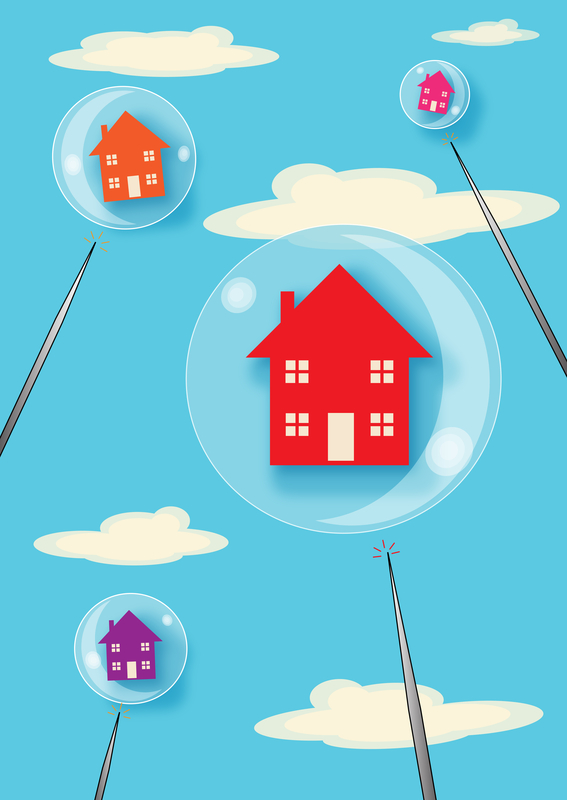 You kind of have to sit up and take notice when something is described as one of the biggest economic threats currently faced by the country.

So what is this harbinger of doom? A collapsing resources sector? Deflationary woes? An unstable political landscape?

No…the really worrying problem, according to BRW founder Robert Gottliebsen, is the unbridled groundswell in new apartment construction across our major CBDs.

Speaking at a NAB event, Gottliebsen said, “If you asked me what I thought was the biggest threat to Australia internally in the next 12, 18 months or two years it’s that we’ve built a vast number of apartments that Asian, and mainly Chinese, investors have bought off the plan and paid 10%.”

Logically, these investors will be expected to come up with the other 90% when this glut of high-rise development reaches completion in the next twelve months to two years.

Perhaps a relatively simple proposition at the time contracts were signed, but change comes about quickly in property circles these days.

In our current landscape, local lenders have pulled in the purse strings and investors have come up short all ‘round. Now, some banks are revising their policies and restricting supply of capital to both local and overseas property investors.

“They’re having difficulty getting extra money out of China and our local banks are saying we won’t lend to you or they’re making it very difficult,” said Gottliebsen.

“If they don’t go ahead with those apartment purchases, we’ll have great disturbances in the property market.”

No ‘proverbial’ Sherlock! When you consider how much of an interest the Chinese investor demographic represents to Australia’s hyperactive apartment sector, the potential ripple effect across our nation’s largest capitals could be tsunami like.

Gottliebsen says while we shouldn’t scramble for cover in the wake of an imploding housing bubble just yet, “It is one of the challenges that we need to monitor and watch. I’m not saying it’s going to be crisis, it may not be but it’s one of the danger points.”

Optimistically, founder and chief executive of B2B off the plan marketing firm Investorist (hmmm…let that sink in for a moment) Jon Ellis, said while the latest finance restrictions are a bit of a risk to the market, foreign investors due to complete on their apartment purchases would still be able to do so.

Implying that local capital remains available to foreign borrowers, Ellis said, “It’s important to note that two of the four major banks have made a definite statement regarding foreign purchases. We haven’t had all four and it’s also important to note on the banking front that there are minor banks and we do have building societies and other financial institutions.”

But how long will that argument hold water? It will certainly be interesting to watch Australian lenders closely over the coming months to see how this might play out. From past experience, once a couple of the majors make a move, the rest soon follow suit…

Speaking of following suit, let’s talk about the other perennial problem we see in property markets that can have this bubble type effect…baaaaa.

That was a sheep. Generally speaking us humans are a bit like sheep. We tend to follow one another around a lot. We seek out people we consider like-minded and they become our ‘herd’ of sorts.

When it comes to property in Australia, our 70 per cent odd historical rate of home ownership is a sure sign that we have a collective cultural conscious around bricks and mortar in this country. We all, in some way, aspire to a home of our own.

So it’s not surprising that where one property investor goes, others are sure to follow.

New research has highlighted how ‘herding behaviour’ among investors (local and international) has seen the gap between house and apartment values close in Australian cities.

A discussion paper from the Monash School of Business entitled ‘Self-exciting effects of house prices on unit prices in Australian capital cities’, considers the long-standing relationship between house and apartment prices – see below.

These charts suggest a strong degree of correlation between the two sectors, but on occasion the price gap widens or narrows.

The authors found that house and unit prices in Australia are “cointegrated” for at least three reasons:

The paper concludes that there are, “varying degrees of herd mentality in the Australian property market with Sydney and Darwin being the most and least “excitable” capital cities, respectively.”

You only have to observe the ebbs and flows of a few property cycles to come up with that gem!

Invariably, if there does happen to be a major glitch in our property markets some time in the foreseeable future, the bursting bubble will no doubt have been punctured largely by pressure from within…from over-activity.

This is a fairly logical conclusion when you consider that people and human behaviour (directed by cultural and social cues), are what drive essential commodities such as housing.

So the question becomes, how do we rein the herd in before the bubble gets too big?

In Canada they banned rich foreign nationals from purchasing property in February 2014. Which, of course saw more overseas buyers set their sights on Australia!

Some social and economic commentators have suggested our political leaders need to take a similar hardline stance on foreign investment here, along with making changes to negative gearing and capital gains regulations.