How are lenders responding to the Reserve Bank’s latest interest rate cut?

One could almost feel a little sorry for the banks lately, when you consider the thinly veiled and conflicting threats directed at them from government regulators like APRA and the federal treasury.

On the one hand, APRA and the Reserve Bank are leaning heavily on the Big Four, warning against increasing their investor related lending base, whilst on the other, Treasurer Joe Hockey has said he’ll be ‘very angry’ if lenders fail to pass on the RBA’s latest rate cut in full. 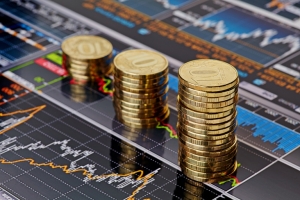 Surely by doing the latter, lenders will in turn encourage investment related activity. This is just logical, particularly given the only real action in some markets at the moment is coming from equity-laden investors.

So what’s a bank to do? Pass on the cut in entirety as the federal treasury is essentially telling you to, in order to keep the property wheels in motion? Thereby risking a further onslaught of investor applicants that you might have to reject due to government regulation?

It’s a predicament for certain. So let’s take a quick look at how the big boys seem to be faring within this current political and policymaking minefield…

May’s Reserve Bank determination to reduce rates to an all time low of 2 per cent wasn’t much of a surprise, with most commentators predicting the move on the back of continued weak employment and business related data.

Moreover, the regulator is hinting at further cuts to come, as slowing Chinese growth and continued investment lethargy from big business adds to a rather dull (and uncertain) economic forecast into the foreseeable future.

In minutes from its May meeting, the Board said it will, “continue to assess the outlook and adjust policy as needed to foster sustainable growth in demand and inflation outcomes consistent with the inflation target over time.”

The RBA also revealed a gloomier economic outlook than initially predicted earlier in the year, suggesting economic growth in the vicinity of 2.5 to 3.5 per cent in the year to June 2016 – a quarter of a percentage point weaker than previously expected.

“GDP growth is forecast to remain below trend for a bit longer than had been anticipated in the February statement,” the RBA said.

One of the issues is with our now largest economic partner, China, whose breakneck expansion over the last decade is finally starting to slow to a more sustainable trajectory.

Domestically, things aren’t looking much brighter, with private and public sector spending remaining relatively subdued and predictions that mining investment will “continue subtracting substantially from growth over the next couple of years,” according to RBA Governor Glenn Stevens.

The prospect of clouds looming on Australia’s economic horizon would normally send analysts into a spin over further rate cuts, but many are instead presaging a ‘steady as she goes’ approach from the central bank.

Sydney’s ‘overheated property market’ is still the fly in the proverbial ointment. However, given that residential real estate is again the commodity dragging us out of the financial doldrums, it will be interesting to see which way the RBA plays its cards as we approach the end of this financial year.

On the brighter side, the regulator’s latest policy statement noted a stronger jobs market and improving investment in Aussie real estate, driven by lower interest rates and population growth.

The treasurer weighs in

While the Reserve Bank tries to tiptoe its way around policymaking decisions in a bid to contain a rambunctious Sydney housing market, Federal Treasurer Joe Hockey is advising Aussies to continue spending up big.

He cautioned the banks to be generous in passing on the latest rate cut in full, recently telling reporters,  “The banks are making very good profit and we need our banks to be profitable but when the Reserve Bank acts, we expect the banks to also act in full as well.”

In isolation, this comment is more than reasonable and I’m sure most consumers would agree with the Treasurer’s take on retail rate adjustments.

But when you consider the pressure exerted on lenders by APRA, passing on the full 25 basis point reduction could actually fuel investor loan applications, thereby triggering the imposition of macroprudential regulations that impose tighter restrictions over investor related borrowings.

Not to mention placing the entire financial services sector under greater regulatory scrutiny.

But the Treasurer is more concerned about stimulating a lackluster economy and as is the case with most sides of politics at present, recognises that residential real estate is currently the prodigal son of private sector spending.

“Now is the time to borrow and invest … invest in the things that help to create jobs,” Mr Hockey told reporters in Canberra.

He said there were many green shoots in the economy and this May cut from the RBA, “will help to facilitate those green shoots.”

“It’s as much about putting fertiliser on the green shoots as anything else.”

How are the banks responding?

The Commonwealth Bank has decided to pass on 0.20 per cent of the RBA’s 0.25 per cent cut, dropping the largest Aussie home lender’s standard variable rate to a historically low 5.45 per cent.

In a somewhat surprising move however, the CBA also decided to increase rates on deposits, rewarding savers with a 0.55 basis point rise on its 8 month term deposits, to 3.05 per cent.

When announcing the changes, group executive for retail banking services Matt Comyn said, “While the circumstances of each RBA cash rate decision will always vary, we’ve carefully considered the impact of the current environment and moved to balance the needs of our customers.”

Consumer watchdog Choice has spoilt the feel good moment for the CBA however, stating its decision signals “a return to business-as-usual from the ‘big four’ in the domestic mortgage market.”

Choice director of campaigns and communications, Matt Levey said, “While we welcome the bank’s decision to raise some deposit interest rates, CBA is hardly on struggle street, and its mortgage customers deserve better.”

In a similar move to the Commonwealth, St George and the NAB have both reduced their standard variable rates by 0.20 per cent, while Westpac met them somewhere in the middle, with a 22 basis point drop.

ANZ was the first bank to move on a full 25 basis point markdown on their standard variable retail rate, which is now at 5.38 per cent.

ANZ Australia chief executive Mark Whelan said of the decision, “We hope by announcing this decision today we’re able to provide certainty for our customers looking to manage their household budgets as well as playing our part in supporting the broader economy.”

Anecdotally here at Trilogy, we’re starting to see a reduction in the large discounts banks have traditionally offered on investment loans, with preferential treatment now being shown for owner-occupier borrowings.

We believe this has been instigated by APRA, in a bid to curb some of the hyped up activity in certain sub-sectors of Australian property markets and restore a semblance of balance in the wake of ever-cheaper credit access.

If you would like to know more about the competitive loan packages currently available and how you can potentially benefit from refinancing in this low interest rate environment, why not contact one of the Trilogy team members for an obligation free review of your financial portfolio? Just click here to register your contact details and one of our experienced property investment loan advisers will be in touch shortly.