Do we need to sound the ‘household debt’ alarm bells?

I don’t envy Governor Glenn Stevens and crew over at the RBA, as they face a continuing conundrum around their monetary policymaking each month.

Keep reducing rates and risk a ‘housing bubble’ or start to raise them and cause already sluggish business and consumer confidence to go down the gurgler?

Who wants that kind of oppressive fiscal responsibility?

It must feel like Groundhog Day every first Tuesday of the month, when the Reserve Bank invariably sits down to the same questions of containing household debt at sustainable levels, while ensuring we all have the capacity to continue managing said debt with viable employment and business growth. 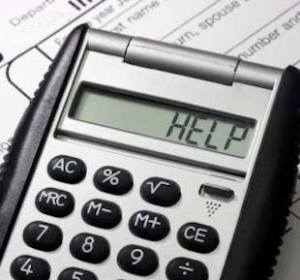 Recently, Governor Stevens hinted at the need for our federal government to be more proactive in encouraging business and consumer confidence, if the potential rate cuts the central bank was contemplating were to have any decent flow on effect.

Speaking at an American Australian Association luncheon, Mr Stevens told a room full of New York business executives that further rate cuts were entirely possible due to the dwindling chances of a ‘wages-driven prices breakout’.

“Interest rates should be quite accommodative and the question of whether they should be reduced further has to be on the table,” he said at the Goldman Sachs event.

But of course, it’s a little more complicated than all that given Australia’s current, record level household debt.

“The extent to which further increases in leverage should be encouraged is not easily answered, nor can it be conveniently side-stepped,” added Stevens.

Not surprisingly, the ongoing challenge the RBA faces is starting to weigh heavily, with Stevens pointing out the need for fellow influential regulators, including our public sector pollies, to take greater responsibility.

“Too much weight is being put on monetary policy to try to achieve what it can’t: a durable and sustainable increase in growth, in an environment where private leverage is already rather high or even too high. Monetary policy alone won’t deliver that,” he cautioned.

So how much is too much?

A report from Barclays indicates that Australia currently leads the world when it comes to how highly geared we are in terms of mortgages, credit cards, overdrafts and personal loans.

The bank estimates that nationally, our household debt is at 130 per cent of GDP, compared with 78 per cent globally.

In addition, the renewed favour for saving our pennies that we found post-GFC seems to be faltering, as we use more of our income to service rising debt levels, leaving less to stick in the bank.

But of course, a lot of the additional debt we’re collectively taking on is being used to fund the acquisition of a consistently proven commodity, being residential real estate.

As such, should we really be sounding the alarm bells? Or do we need a far more balanced perspective on household debt, based not just on what we happen to be saving and spending, but also on the fact that as a nation, we’re perhaps becoming a lot more asset rich?

“With high levels of leverage by world standards, where debt is concentrated in the household sector, we see this as a vulnerability in the event of another global shock,” suggests Barclay’s chief economist for Australia Kieran Davies.

“However, we do not see this as a near-term issue for the economy as we expect leverage to reach new highs over 2015 on the back of lower interest rates.”