With military precision, the Reserve Bank announces which direction interest rates are headed – up, down or sideways – precisely at 2.30pm on the first Tuesday of every month. 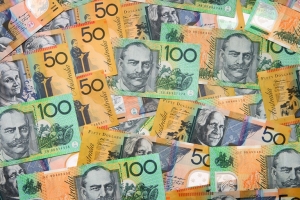 Following their decision, traders act accordingly and buy, sell or hold various commodities in order to profit from the outcome. This includes the Aussie dollar, which traditionally rises or falls on the back of the regulator’s cash rate verdict.

Interestingly though, the dollar jumped the gate last fortnight, rising a few seconds prior to the RBA’s announcement being transmitted to media outlets and posted on its website.

And it’s not the first time either, with the same pre-emptive move occurring for the past three consecutive months.

This might not be such a startling revelation, if it wasn’t for the fact that the movements are always in the right direction for some traders (seemingly in the know) to make a tidy profit.

Those who jumped on the buying bandwagon ahead of last fortnight’s RBA announcement had a distinct advantage, with our dollar increasing by around 1 cent against the greenback, creeping up from 76 cents to 76.90 by the end of the day, with a slight 0.5-cent adjustment just before 2.30pm.

It’s thought that traders who are getting in at this lower price point could be profiting off the back of normal market activity.

Even though the extra profits are estimated to be quite modest based on March trading volumes, given how influential the regulator‘s role is in determining which way the dice falls on cash rates, experts say this is an issue of national importance that must be resolved.

Where’s it coming from?

This is the million-dollar question that no one seems to have a reliable response to. The likelihood of an informant among the RBA’s ranks seems the least plausible scenario, particularly given that the April anomaly isn’t an isolated incident.

Why would someone with inside knowledge take such overt risks with the eyes of the entire nation watching?

Of course that’s not to say it isn’t possible and is a theory ASIC will no doubt investigate extensively.

Many experts suggest that the more likely explanation is that this activity relates to what’s known as ‘high frequency’ or ‘algorithmic’ traders. That’s well versed computer geeks to you and I. And I mean, top-level computer geeks!

Regulators acknowledge that these tech savvy traders are a growing concern within foreign exchange trading markets, using formulas to predict commodity movements literally milliseconds before they occur and acting in ways that directly impact pricing.

Senior lecturer in finance at the University of Sydney Quan Gan, has studied how algorithmic trading patterns can be used to identify fraud.

“The RBA protocols are based on the assumption that the rates decision is secret until everybody in the market gets the information at the same time,” Dr Gan told the Sydney Morning Herald.

“But time stamps are controlled by machines and as algorithmic trading bots become more powerful that technology is a game-changer.

“The RBA and ASIC do need to investigate to ensure that certain machines are not receiving the information moments ahead of the rest of the market. It can’t be ruled out without investigation that traders are getting a speed advantage due to an IT issue.”

Faster than a speeding bullet

If you’re still following…it’s difficult not to drift off at the mention of ‘algorithms’…high frequency traders use these advanced numeric systems to generate buy and sell orders within markets at super-fast speeds.

They can trade at rates measured in thousandths or even millionths of a second, amending orders much faster than us average plebs.

To put this in perspective, the New York Times calculated that literally in the blink of an eye – about 100 milliseconds – 1800 bids or offers and 600 share trades occur in US markets alone.

The bottom line for us slow pokes, who haven’t quite mastered algorithms, is that the stocks we plan to invest in invariably end up costing more to buy back from these high frequency trading experts.

About half of all trading activity in the US is attributed to high frequency traders, while that figure is closer to 25 per cent here at home. Although the ASX says it’s got a regulatory handle on the issue, Industry Super Australia claim that high frequency traders are already costing large, local investors around $2 billion a year.

Move over mum and dad

With the incidence of high frequency trading seemingly on the rise, industry opinions are varied on whether this is an activity that should be allowed to continue, or quashed for the sake of a fair and equitable trading environment.

While some stockbrokers suggest it creates a false and misleading marketplace, others say it’s simply a fair advantage, such as founder of high frequency trading firm Tibra, Glenn Williamson.