Recent reports from the banking sector have warned those of us at the front line of an emerging new economic order – where historic low interest rates are stimulating our housing markets, but doing little to budge the overall economy – that a rise in credit arrears is on its way. 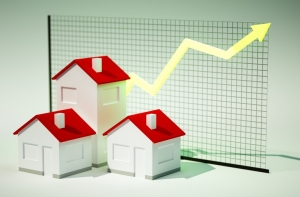 According to a survey by data analytics and credit scoring company FICO, collections managers across Australian banks, telcos and utility providers are expecting a substantial increase in the number of collections cases over 2015.

In fact 80 per cent of respondents said they anticipated cases to jump by as much as 20 per cent across the coming year.

Doing little to allay concerns over this anticipated rise in the number of families who’ll struggle to pay for basic services, are statistics regarding household debt levels.

Analysis from UK based Barclay’s Bank showed that Australian household debt is equivalent to 130 per cent of our GDP – up from 116 per cent before the GFC – making us the honoured title holders of ‘most indebted’ nation in the world.

The average household debt to GDP in other developed economies is 78 per cent.

The RBA itself seems a bit ‘all out at sea’ right now when it comes to standard policymaking protocol.

This was despite the fact that our aggregate level of indebtedness increased from around 40 per cent in the 1980’s, to around 150 per cent by mid-2000.

Even though more of us are taking on higher levels of debt, the RBA argues that indebtedness is only weakly correlated with financial stress.

Interestingly, there seems to be a growing world movement toward a two-dimensional economic framework at present, with populations diverging across a widening wealth gap of ‘haves’ and ‘have nots’ in most major economies.

Here in Australia, we’re seeing this play out in the property markets.

You might have noticed that an ever-increasing number of investors are taking advantage of lower interest rates and buoyant housing values to leverage more debt and accumulate more assets for their portfolios?

All the while, we’re hearing about young would-be homebuyers and tenants struggling to find affordable accommodation, in the classic ‘haves’ and have nots’ scenario.

Notice the difference? The former owns real estate, and the latter wants to!

Given that investor borrowing accounts for an ever-larger piece of Australia’s credit sector pie, one could surmise that this increase in geared, property related borrowings is in fact, pushing up average household debt levels.

Even if we can’t entirely scapegoat property investors for skewing household debt statistics, you’d at least have to question the validity of general data around the topic in this new two-dimensional economy.

“With high levels of leverage by world standards, where debt is concentrated in the household sector, we see this as a vulnerability in the event of another global shock,” said Mr Davies.

“However, we do not see this as a near-term issue for the economy as we expect leverage to reach new highs over 2015 on the back of lower interest rates.”

Debt will always be a contentious topic and dirty word. But if you plan on becoming one of the ‘haves’, you’d better make peace with the idea of it. Please, just make sure you do it the right way!