Is The Interest Rate Glass Half Full Or Half Empty? 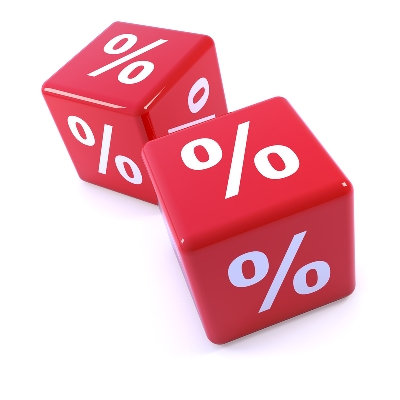 When the Reserve Bank announced at the beginning of this month that interest rates would be cut to an all time low of 1.75 per cent, I don’t think I was alone in my surprise.

I mean, sure global economic conditions certainly couldn’t be described as optimal right now. But things appeared to be looking up on a number of levels.

And we haven’t fared terribly here at home, having sailed through a GFC and more recently, surviving the slow disintegration of one of our largest sectors in mining.

But aside from a few setbacks, are our economic and political tidings gloomier than many of us have been led to believe?

Count on a cut

Macquarie Bank and Morgan Stanley are both tipping a drop in the official cash rate to 1 per cent, as the job to keep hauling our economy along sits squarely on the Reserve Bank’s shoulders once more.

Head of economic research for Macquarie, James McIntyre, says a lack of fiscal policy from the government, along with substantive structural reforms in key trading partners like China, means the onus to fight disinflation currently falls on the RBA.

Of particular concern are wage growth figures, which (according to data from the Australian Bureau of Statistics) hit an 18-year low in the March quarter.

“With weak income growth a demand boost is needed,” said McIntyre. “A weaker currency or fiscal policy boost are the two available options.”

He goes on to note; “The recent budget projected continued fiscal consolidation and only forecast a modest contribution to growth from public demand.”

McIntyre says without government policy support the RBA will be forced to slash rates to keep a lid on our currency. Chances of it dropping alone are slim, given global investors are being lured to the Aussie dollar for its relatively high returns, in an environment of low interest rates.

“The decline in the Australian dollar has helped to improve Australia’s competitiveness whilst sustaining nominal price levels in the economy – although wages are adjusting lower,” he said.

McIntyre bearishly suggests the ideal dollar value would be around US65c to assist the economy’s adjustment beyond trade services and lift domestic demand.

Morgan Stanley concurs with Macquarie in its forecast of a 1 per cent cash rate by the first half of 2017.

According to Morgan Stanley strategists, the government’s conservative approach to infrastructure stimulus and a housing cycle that’s reached its peak, as well as the need for a weaker currency, will force the central bank’s hand. But it says future cuts will be more about risk management than stimulating the economy.

“The next move lower in rates, in our view, will have an objective of risk containment, and will be unlikely to turn market earnings momentum in the short term.”

It always seems to be the concluding scenario to my commentaries of late, and this one is really no exception.

As if it wasn’t difficult enough to find a reliable crystal ball when I first started in the property and finance sector all those years ago. Now it’s virtually impossible as regulations, policies and all manner of global economic tidings exert shifting pressures on every commodity known to man on a daily basis.

It does seem however, that property owners and investors could be welcoming further rate cuts in the near future. How much of these will be passed down to consumers is of course, anyone’s guess.

And what they foretell of our transitioning economy also remains uncertain as we near a potential change of government, just on the horizon.

I guess we just…wait and see.