The great negative gearing debate – how does it end for property investors?

Negative gearing, or the ability to claim property investment related expenses at tax time, has been a contentious topic since its inception late last century. Some claim the circa 1980’s legislation is the catalyst for house price inflation issues.

These negative gearing nemeses generally argue that the legal tax loophole gives investors a distinct advantage, as they systematically price first homebuyers out of the property market. 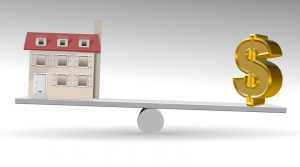 The most recent opponent of negative gearing to come out swinging is the Australian Council of Social Services (ACOSS) who says this, along with capital gains tax breaks, are costing the Federal Government a combined $7 billion per year and forming a budgetary black hole in favour of high income earners.

ACOSS chief executive Cassandra Goldie told the ABC that current property related tax perks are creating a clear inequity in our housing markets and widening the growing chasm between society’s ‘haves’ and ‘have nots’.

“The reality is that over half of geared housing investors are in the top 10 per cent of personal taxpayers and 30 per cent earn more than $500,000,” said Dr Goldie.

ACOSS are calling for the abolition of negative gearing and CGT breaks for all newly acquired investment properties, shares or similar capital growth commodities.

While ACOSS is understandably concerned about the difficulties a lot of young, potential homebuyers face when it comes to accessing affordable accommodation, their suggested tax reforms appear to be somewhat short sighted.

The social impact such a move could have is potentially more detrimental than the current rate of capital growth in the housing sector, whether negative gearing is to blame or not.

It’s all well and good to suggest that this ‘tax break for the rich’ has contributed to housing affordability issues, but when you drill deeper, what would its restriction mean for the long-term accommodation pipeline?

Would it further impact the supply of affordable private rental properties in Australia, given there are already significant accommodation shortages in some of our more populated inner urban centres?

And has ACOSS even considered the extra pressure that would be exerted on an already tightly held public housing sector, should investors start bailing out of bricks and mortar?

Given that federal and state governments are finding it virtually impossible to provide sufficient public housing in high need locations, is it really plausible to discourage Aussies away from property investment at this time?

Then there’s the question of our ageing population needing to support itself in retirement, with many unable to rely on superannuation or the aged pension to see them through. We are children of the GFC after all; in which a lot of casualties lost their entire life savings in one fell swoop.

The other thing ACOSS seem to have missed, is that fuelling debate around the possible closure of investment tax ‘loopholes’ will only add to the current investor maelstrom, as every man and his dog vies to get into the market in anticipation of any possible changes.

In other words, the organisation that claims to want better control over house prices could, in an ironic twist, actually be fanning the flames.

“I would say to people who are running around looking to increase taxes on people, what we really need to do is to get our spending under control,” said Mr Abbott.

While I don’t think we’ve heard the last on this topic, it seems property investors don’t have to worry about this particular bone of contention right now.

Negative gearing is one of the things that makes Australia’s property sector unique on the world stage and while it has its opponents, there are many who believe that our more favourable tax environment has helped shelter our housing markets from any serious downturns in the last decade.

I for one am pretty positive that negative gearing is here to stay!