What Should Property Investors Prepare For In 2016? 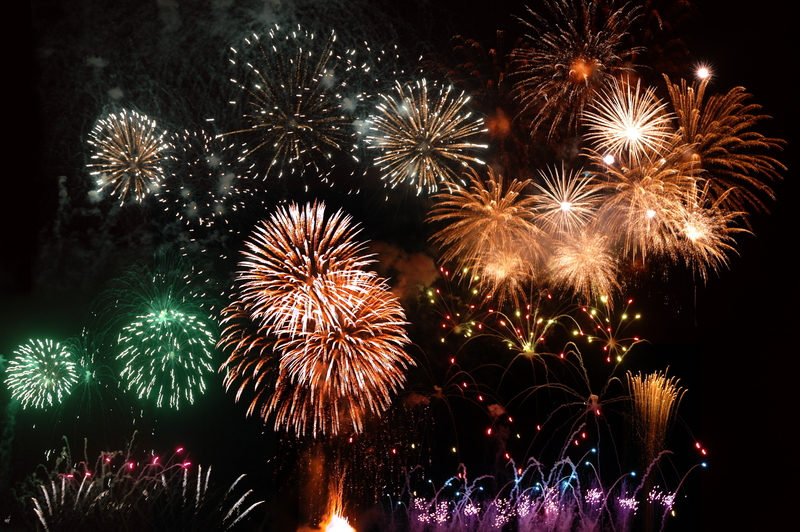 It’s a new year for property investors. Some would suggest it’s an exciting time to be in the real estate game, with so much history being made since the start of this millennium.

Now, as we enter 2016, an undeniable air of anticipation surrounds our political and economic arenas, as well as the housing and finance sectors.

But given that none of us possess the capacity for 20/20 foresight all we can really do is hypothesise as to what might lay ahead for Australia’s property markets over the next 12 months, using our own knowledge and experience.

A brief glimpse at the ‘highlights’ reel from past cycles and a good deal of conjecture is perhaps as close to any ‘expert’ commentary or analysis you’ll get in this sector.

Just consider what you were reading this time last year and how accurate predictions were for 2015…still waiting on that ‘housing bubble’ to burst?

The key message when you cut through all the hype about ‘what might be’ for residential real estate at any point in time is that NONE of your investment decisions should be based entirely on what you read in the media.

Even when couched in an ‘expert’ voice, it’s critical not to be easily swayed into making decisions based on anything less than your own carefully conceived property investment strategy and diligent research.

Having said that, it’s never a good idea to simply bury your head either. A pro-active investor remains alert to any actual goings on that could impact his or her evolving portfolio. That’s because it’s all about forward planning.

Plus when property and finance are your passion, it’s fun to take a stroll down memory lane and fall in love with housing as an investment vehicle all over again…ready for another year and another ride to remember!

So here are some of the more noteworthy past occurrences across the property and finance sectors to recall as we head into another New Year.

While supply and demand ultimately determine market movements across the housing sector, this delicate balance will shift one way or another under the influence of a whole raft of stimuli.

August 2013 – RBA lowers the cash rate to a historic 2.5 per cent, where it remains for 18 consecutive months until…

February 2015 – the RBA drops rates to 2.25 per cent. As if people weren’t already manically buying up property (particularly across Sydney and Melbourne), now a renewed wave of equity laden (mostly baby boomer) property investors enter the markets in a frenzied bid to shore up their financial future with real estate. Even more jump on board when in…

May 2015 – the RBA drops rates further, to an (you guessed it!) unprecedented 2 per cent. Meanwhile, back in…

No overall system wide limits or quota caps are imposed, rather APRA warns there’ll be closer scrutiny around ‘high risk lending’, including;

July 2015 – In response to the banks posting an across the board growth rate of over 20 per cent in investor based borrowing in May 2015, despite repeated warnings to put the brakes on, APRA takes a hard line approach.

The regulator cautions that lenders who don’t adhere to mandated restrictions on investment borrowing of 10 per cent or less could force the imposition of formal credit sanctions. Things get very real!

The banks quickly remove all special interest deals for investors and start chasing owner-occupier business with renewed vigor. However, changes to serviceability impact all new borrowers, not just property investors.

October 2015 – APRA gets serious with the promised imposition of definitive guidelines to take effect as at July 2016, which will see the amount of required capital held against mortgages raised from 16 basis points to 25 basis points.

The banks’ response is swift and brutal, upping their variable mortgage rates within days of the regulator’s official announcement.

Meanwhile, Sydney’s median house price has shot up by 21.7 per cent since last October, having broken through the $1 million threshold, but is starting to ‘slow down’ some, according to analysts.

Of course alongside these events, we also witnessed;

The list goes on…because one thing is inevitable when it comes to investing over the long term…you’ll see and experience an awful lot of change throughout your journey to financial freedom.

Of course this begs the question…what type of change might we find tugging on our respective property portfolios as we step into an unknown future?

Again I should remind you, it’s really impossible to say for sure. But let’s exercise our imaginations for a moment and consider what might lie ahead…

Buying activity and prices across Sydney and Melbourne will likely continue on their recent slow down into 2016. But any significant corrections are unlikely and some of the more popular locations will continue to shine.

On the flipside, we may see a continuation of apartment and new home construction at a heady pace, in line with consistent interest from overseas investors who are restricted to snapping up new stock.

Social inequity will no doubt become more of a concern for planning and regulatory authorities, along with housing advocacy groups, as our expanding wealth gap creates an increasing need for affordable rental and owner-occupier accommodation close to CBD employment hubs.

Could this be the beginning of a sea and tree change renaissance? Reminiscent of the late nineties when baby boomers were flocking to coastal and bush retreats…only this time with younger generations in search of reasonably priced access to property ownership?

This is already an emerging trend throughout Queensland’s Sunshine Coast, where private and public infrastructure and business investment is stimulating the local economy and in turn, interest in local housing.

Further south, house prices in Victoria’s coastal town of Geelong grew by 5.5 per cent in the six months to November 2015 according to Domain data, largely due to a swell of commuter buyers who now consider Geelong to be another suburb of Melbourne.

We may begin to see some cracks appear and signs of housing stress when interest rates inevitably start to rise. As to when that will happen with any significance is anyone’s guess.

BIS Shrapnel’s Angie Zigomanis believes a more positive economic and employment outlook for 2016 will see the RBA push interest rates up by 50 basis points by the beginning of 2017.

Back in July last year, AMP Capital chief economist Shane Oliver predicted that, “The real risk for property is in 2017, when the Reserve Bank starts raising rates, and then you will see prices come off 5 to 10 per cent, particularly in Sydney”.

All of these shifting social and economic dynamics could mean a serious infrastructure rethink for local, state and federal authorities, with the potential for a vast outer suburban and regional migration away from our more expensive cities.

Could we see higher density living take hold on the urban fringes into the future?

Experts are already predicting a significant exodus from Sydney as locals look for more affordable accommodation either north or south of the NSW border. And how might this migratory pattern impact Brisbane and Melbourne markets?

What will become of the burgeoning apartment markets across Melbourne, Sydney and Brisbane? You know…the ones predominantly purchased by overseas parties who are leaving them to languish vacant indefinitely?

Be a prepared investor

While all of these possibilities may or may not come to fruition, one thing is certain…whatever ending awaits property investors; this year will not be the same as the last. Change, as I said before, is inevitable.

The best way to prepare for any type of change is to have relatively immutable objectives and strategies in place. By doing so, you can be sure of your destination, even if the path has to bend slightly in order to accommodate any unforeseen obstacles…like rising interest rates for instance.

Essentially, if you’ve planned, researched and acquired in accordance with your own investment strategy, there’s really no reason your 2016 shouldn’t look any less bright than your 2015.

Here’s to a New Year of prosperity!