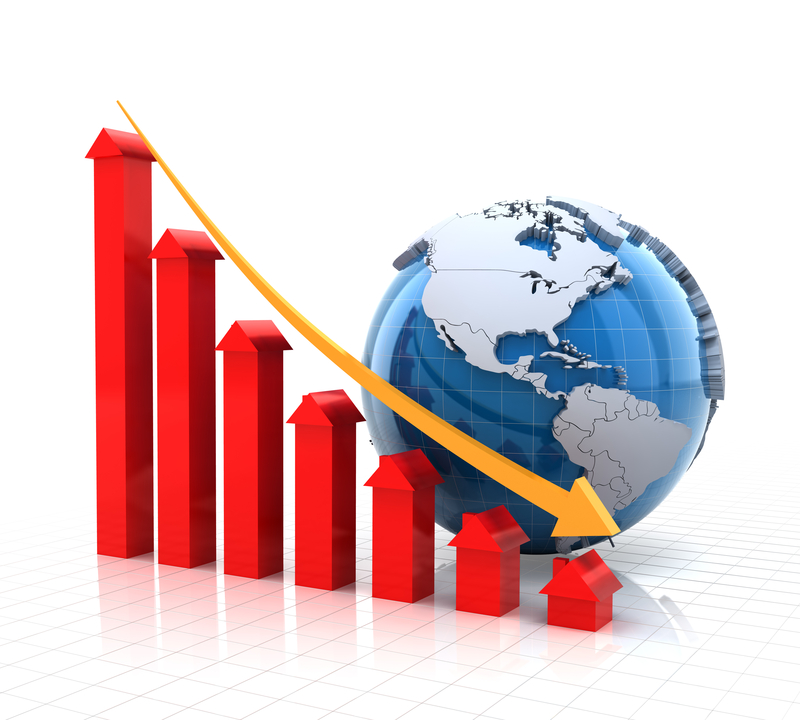 Hold onto your hats folks, because as 2016 kicks off in earnest it seems media headlines will once again be saturated with reports of an ever-changing lending landscape and property market.

Particularly as activity and trends across the two sectors interplay and influence one another, along with regulators and monetary policymakers.

And it’s not just local news outlets that will be busy regurgitating the infinite fodder surrounding these topics to sell papers.

All across the world, numerous developed nations are undertaking the same tenuous balancing act to keep their respective economic vessels afloat on a fiscal sea that remains tricky to navigate, some eight years on from the GFC.

The turmoil resulting from what was arguably the most catastrophic financial sector collapse in modern history, kicked off by a dangerously under-regulated US banking system, turned into a catalyst for change.

Ever since, the world’s advanced economies have been busy exploring ways to keep money flowing among the masses in a more responsible manner. Especially when it comes to financing the largest asset acquisition most of us will make in our lifetime – residential real estate.

Interestingly, many of those nations that are now taking a tougher regulatory stance to slow their ‘runaway’ housing markets, relied heavily on the local property sector for their economic lifeblood immediately beyond the GFC.

However, concerns have arisen regarding the possibility that too many populations have been lured into accruing significant housing debt, with ongoing access to ‘cheap credit’ and rising local property values making real estate an attractive investment vehicle.

Some self-proclaimed ‘rogue economists’ are suggesting such large amounts of debt might not be such a good idea.

And as various countries attempt to claw back activity in their respective property sectors with various regulatory efforts, it seems those in power might secretly harbour similar concerns regarding the ‘d’ word.

We know this is the case in Australia, with APRA slapping the banks around throughout 2015 in a (somewhat successful) bid to put investor lending (and the Sydney property market) back in its place.

What goes down must come up again…but not too fast!

Property values initially spluttered to a halt and then started moving backwards across much of the tightly held UK housing sector after the GFC, falling briefly by 20 per cent in 2009.

However, with property prices having almost quadrupled in the 25 or so years to 2008 throughout the UK, many overseas buyers saw London housing in particular as a relative safe haven for investment after the GFC.

Prime London housing values increased by 11.4 per cent in the 12 months to October 2011, reflecting a 40 per cent rise after their post-credit crunch low.

This is indicative of the same type of international ‘brand’ recognition our real estate markets enjoy here in Australia (particularly among Asian buyers).

In an effort to cool its over-heated property sector the Bank of England ‘did an APRA’ in 2014, introducing limits on higher LVR lending and stricter stress testing on prospective borrowers.

It was decreed that no more than 15 per cent of new mortgages taken out across the financial services sector could be provided to people borrowing more than four and a half times their income.

Additionally, stress testing must now be undertaken for all applicants at an interest rate of at least 3 per cent above the going variable rate of the day.

The most radical change to Britain’s banking sector though, was the Mortgage Market Review or MMR, which saw a wide-ranging cache of rules and policies enforced across the banking and brokerage industries.

Our New Zealand neighbours began feeling the effects of a tightening fiscal monetary fist back in October 2013, when the Reserve Bank of NZ placed LVR restrictions on lenders, allowing for no more than 10 per cent of all new loans to be issued to borrowers with an LVR of 80 per cent or more.

But despite the central bank taking a more targeted approach in May 2015, requiring investors in the residential housing market to put down a minimum deposit of 30 per cent, NZ property values rose by a further 14 per cent throughout 2015.

And in much the same manner as Sydney, a steaming hot Auckland housing market gained 22.5 per cent over last year (Quotable Value).

Similar to our own Harbour City however, slower final quarter growth of just 2.9 per cent to the end of 2015 reflected a cooling in the Auckland property sector.

If you thought Aussie investors were being unreasonably vilified by a regulatory witch-hunt, spare a thought for those trying to climb the property ladder in Hong Kong.

When real estate prices climbed by 13 per cent across the country over 2014, the Hong Kong Monetary Authority (HKMA) responded with a lowering of LVRs for owner-occupier borrowers acquiring a home for HK$7 million or less (AU$1.3 million), to 60 per cent.

For investors however, the maximum debt-servicing ratio (monthly mortgage repayment as a percentage of monthly income) was cut from 50 per cent to 40 per cent. Ouch!

Too much, too soon?

Singapore has long been considered one of the most advanced (and clean) nations in the developed world, with infrastructure second to none. And this is no exception when it comes to cooling overheated housing markets.

But has the Monetary Authority of Singapore (MAS) been a little too successful in its bid to slow values down since the country’s record gains a few years back?

In June 2013, the MAS announced a new framework whereby a debt-servicing ratio of 60 per cent was employed, after modest increases in stamp duty did little to control climbing property prices.

Some say regulators need to back off the brakes though, with Singapore house prices sliding by 4 per cent across 2014 and a further 3.7 per cent last year.

This is the type of extreme halt that Australian monetary policymakers are no doubt hoping to avoid as they continue making tweaks across the financial services sector into 2016.

It will be interesting to see what happens in two weeks time, when our own central bank board kicks off 2016 with its first meeting and sets the pace for the next twelve months. Don’t forget to look for our special announcement issue on 2nd February.

Something tells me there are some interesting twists and turns ahead for property and finance sectors throughout the world across the coming year.

If you would like more information on how to navigate the new look lending landscape here at home, why not connect with the team at Trilogy Funding?

It’s never been more important to ensure your debt portfolio is managed efficiently and with optimal cashflow in mind. Click here now to find out how we can help.