Why The Recent Credit Boom Could Mean Economic Bust 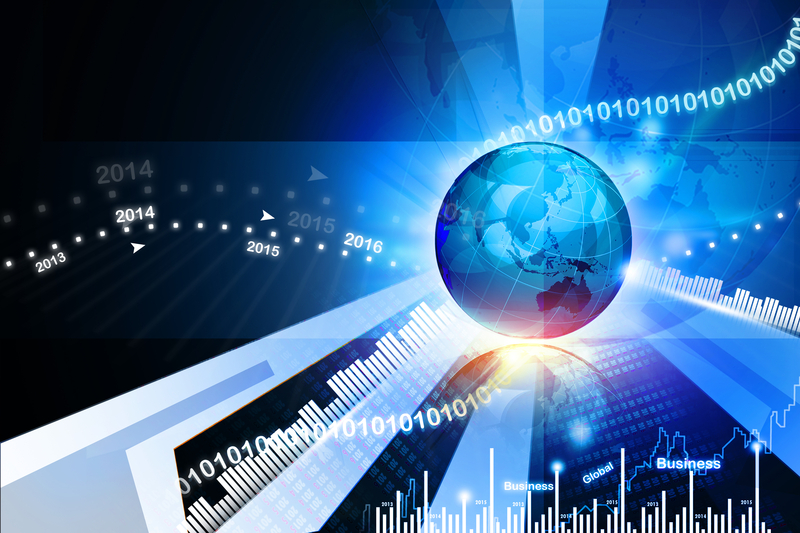 Debt. You have it. I have it. In some way, shape or form, most of humanity is financially indebted, with a number of economists now suggesting we live in an age whereby much of the modern world is, slowly but surely, drowning in the trappings of ‘easy’ (but not cheap) credit.

For those of us who understand how debt, when applied and used responsibly, can translate to personal financial freedom, the dreaded ‘D’ word might not seem quite so dirty.

Investors for instance, who utilise other people’s capital to acquire high growth assets in a bid to self fund retirement, quickly learn how to manipulate debt to their own beneficial ends.

They turn one borrowed dollar into two and allow compounding and time to turn those two dollars into a tidy little nest egg.

But these same investors also understand that debt can indeed be dangerous.

When squandered on material items that possess no real value due to ease of accessibility – like big screen TVs or the latest Holden Commodore for example – debt can quickly assume the driver’s seat in your financial affairs.

Compounding and time will work against you when debt is used to procure worthless ‘stuff’, making you a slave to money instead of its master.

On an individual level this can of course quickly become problematic and see people get into all kinds of fiscal misfortune.

But what happens when our private debt becomes a very public and very global issue?

What happens when we all have so much of it, including our governments and central banks, that the only plausible solution is the one that so many people laughed at Pauline Hanson for suggesting? Just make more money!

How much is too much debt? And how does what’s essentially a concept, transition from being relatively innocuous to downright dangerous?

When booms could mean bust

According to a recently released report from Switzerland’s Bank for International Settlements (BIS), there’s a strong historical link between credit booms, productivity growth and financial crises.

The argument is not really new. Many self-professed ‘rogue economists’ suggest that common sense dictates; economies with massive levels of private debt are inefficient, less productive and essentially unsustainable.

One such expert is Professor Steve Keen, who received a fair amount of ridicule over his suggestion back in 2008 that Australian property prices would fall by as much as 40 per cent over the long term.

Property enthusiasts and investment advisers went on a witch-hunt, claiming Keen was clueless when it comes to the underlying supply and demand fundamental that would underpin values for many years to come in a country with strong population growth and a relatively restricted accommodation pipeline.

However, Professor Keen’s argument went a little deeper than that. He said the huge levels of debt being used to fund what are essentially non-productive assets are the real concern. That is, assets that will never be able to generate sufficient return to repay the associated debt.

I’ve now created a productive asset that creates things of value, provides employment and contributes to the overall economic wellbeing of the country.

In reality however, during the lead up to the GFC and immediately after, think about what most populations across the developed world were encouraged to spend debt on in increasing large quantities. That’s right…residential property.

So instead of that productive factory being created, the $300,000 house was purchased over and over again by people borrowing money at interest rates not reflective of the actual investment risk.

BIS argues that this reliance on property to move debt around is the root driver of economic underperformance throughout the world. And could very well be our financial undoing if it continues unabated.

Of course this isn’t in line with what we see and hear from the world’s monetary policymakers – the central banks.

Build it up, build it higher

Monetary policy traditionally revolves around containing inflation and ensuring the economy is at ‘full employment’ (around 5 per cent unemployment being the benchmark).

To contain inflation means to keep the price of certain goods and services in check. Think rental increases that can only happen in line with inflation for instance.

On the surface this makes perfect sense – if things get too expensive too quickly, businesses would not only have to pay higher prices for things, they’d also have to consider upping their employees’ paychecks, making them completely untenable.

Interestingly though, the one asset many central banks have allowed to escalate well beyond the going rate of acceptable inflation is residential housing.

To them, if people choose to borrow high levels of capital from a lender to purchase a home or multiple investment properties, it simply means economic spending power shifts from the borrower to the bank.

In other words, house price inflation is matched by the creation of equally large debts, whereby the borrower has to make the mortgage repayments and in turn, Great Aunt Hilda enjoys a good dose of interest on her generous savings account.

The problem, argues Keen and other economists who think the same way, is that banks don’t just take a deposit and then lend it to a borrower. Financial institutions multiply those deposits to create larger wads of ‘credit’, which in turn influences the overall money supply of any given economy.

Add low interest rates to the mix and the volume of money moving around the economy starts to swell.

According to the authors of the BIS report, who studied economic slumps as far back as the 1960s, these low interest fuelled credit booms represent a significant drag on the production and consumption of other things people really need.

More of the same?

The BIS report contends that fighting a credit crisis initially fuelled by the handing out of debt to consumers for the purchase of real estate like lollipops, by lowering interest rates and creating even more debt is entirely counterintuitive.

Many analysts are now starting to ask questions about how our own central bank will maneuver monetary policy in our increasingly debt laden society.

According to an analysis by Wells Fargo Securities, Australia’s household to GDP ratio increased from 108 per cent to 122 per cent in the seven years to June 2015. And what was the primary reason for such a resounding rise? Yep…housing.

While many other households across the developed world were clawing back on the leveraging of credit post GFC, Aussies were doing the opposite and taking advantage of dirt-cheap mortgages.

Essentially, lower interest rates have meant we can take on further debt without any extra cost to service it, thereby allowing (in theory) more money to be spent (or saved) in other parts of the economy.

While this might seem like a win-win at first glance, it’s essentially seen the Reserve backed into a bit of a corner.

If it decides to drop the official cash rate further, it’s likely that the now cooler housing market could start to heat back up again as we take on larger amounts of ‘cheap credit’. This would mitigate the lower debt servicing costs to households.

Conversely, pushing rates up will reduce the amount of disposable income available to Australian households, impacting our ability to spend money on other goods and services at a time when the economy is already feeling the effects of a weakening resources sector.

Hence, we come to the productivity fly in the ointment that the BIS report so eloquently (and rather obviously) points out.

While the BIS report recommends a more multi-dimensional approach to monetary policymaking that accounts for greater all-round productivity within an economy from the world’s central banks, the answer also lies with each of us.

In procuring debt for our own personal benefit, we each need to be accountable in attempting to leverage borrowed capital responsibly, for the betterment of our financial future.

For me anyway, this report is a timely reminder as to why we need to be respectful of the credit that has seemed so attainable up until now, and the manner in which we use it.

On an individual level, you need to manage your debt portfolio with the same rigorous planning and forethought as you manage your assets. Never get into a sea of debt that’s deeper than you can comfortably stay afloat in, no matter how choppy the waters get.

If you would like to know more about how to effectively manage your housing debt, whilst growing a productive and financially freeing property investment portfolio, why not connect with the team here at Trilogy Funding?

You can leverage our expertise to improve and maintain your cashflow and serviceability. Click here now to find out how we can help.