The Real Concern Around Our Housing Slowdown 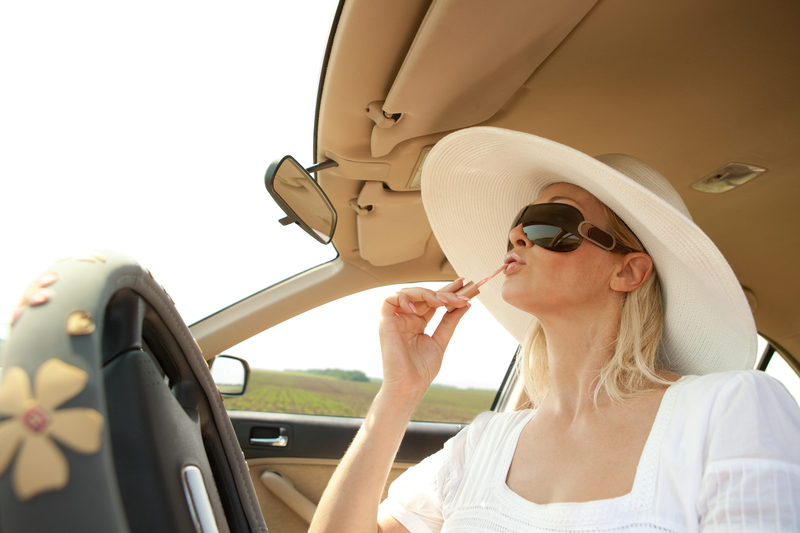 What do you do when Australia’s house prices across our major, eastern seaboard cities make the acquisition of your ‘dream home’ way beyond reach? Why, you go out and self medicate with a touch of retail therapy…preferably in the form of the latest luxury sports car or ‘Toorak taxi’.

It’s known as the ‘lipstick phenomena’, where in the face of some economic calamity – like the current much maligned housing affordability crises here in Australia – you refuse to entirely forego all luxury purchases.

Currently, the ‘lipstick’ seems to be a new car with a high price tag to ‘tart up’ the driveway. Rather than upgrading the family home and purchasing property, people are opting to update their driving experience with fancy designer wheels.

Just as our housing markets started on a notable downward trend late last year, as APRA’s regulatory fist clenched ever tighter on the banks’ borrowing practices, the new car sector posted a record-breaking twelve months worth of sales data, moving some 1,155,408 vehicles across 2015.

Demand for SUVs surged by 15.9 per cent. But we didn’t just want a bigger drive. We also wanted to better the Jones’s with some automotive bling.

According to data from drive.com.au, Audi recorded a rise of 20 per cent in new car sales, while BMWs were up by 10 per cent and 14 per cent more virgin Mercs were driven out of dealerships.

What’s slightly concerning about this trend toward spending a sizeable chunk of money on a new car in favour of say, renovating or upgrading the family home or entering the housing market as a newbie, is that it’s causing a sharp rise in less desirable forms of consumer credit.

Essentially, we’re still taking on household debt, just not literally in (the relatively reliable) house itself.

This means we’re flirting with a bit of debt danger. Instead of harnessing the power of leveraging for financial betterment with well-purchased property acquisitions, more people are opting to make the hefty interest repayments applied to consumer credit.

This is where the danger truly lies if (and when) the wheels happen to fall off and interest rates start to move upwards again. How do you juggle rising mortgage repayments when you’ve maxed out personal lines of credit buying goods that will never provide a return, but rather be a burden on your cashflow?

So who is dishing it out?

Interestingly, a lot of this rise in consumer credit seems to be linked with an evolving incidence of peer-to-peer lending practices.

“The average age of borrowers using alternative lenders is creeping up as these lenders shift from being primarily a channel for young consumers. It’s still early but, if this trend continues, it may be an indication that alternative lenders are becoming a more mainstream option for borrowers.”

Not all of us are feeling it

Although many Aussies are apparently sufficiently at ease with their financial lot in life to part with a hefty chunk of income toward the monthly car repayments, there’s been a considerable fall in consumer sentiment of late.

Not since Turnbull initially tackled Tony and came out victor, have we seen such lackluster figures from the widely watched Westpac-Melbourne Institute Index of Consumer Sentiment, which fell 3.5 per cent last month to 97.3.

Westpac chief Bill Evans points to a hiatus in local news reporting over the ‘silly season’ as the motivator for the most negative consumer outlook since September.

“With limited domestic news during the holiday season consumers appear to have been mainly impacted by the state of negative news on the international front and the spill over effect on financial markets,” he noted in reference to the figures.

Further, lower spending power due to the weakening Aussie dollar and headline grabbing reports of falls across the local sharemarket, as well as for world economic powerhouses China and America, have left many feeling a tad uncertain.

As always, I would encourage Trilogy Funding readers to proceed with caution in what is essentially a global environment churning with financial ambiguity.

Further, I’d suggest avoiding the ‘lipstick phenomena’ in favour of something that will prove a lot kinder to your own personal purse strings in the long term – residential property investment.

The size of the loan required might be bigger sure. But remember, well-selected real estate assets will rise in value over time, providing returns that could free you financially as retirement looms ahead. Plus you’ll have tenants helping to repay the associated debt.

On the other hand…well…you can’t live in your car, or rent it out! No matter how large or fancy it might be. Think carefully about whether any credit you’re considering will put you ahead of the game, or leave you struggling in a sea of damaging debt.